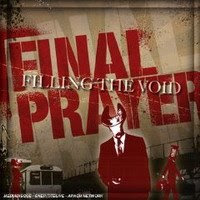 Their debut release was impressing – despite some obvious inspirations music on "Right Here, Right Now" was surprisingly fresh and hard hitting. I war really waiting for their next full length and after the great split with Alcatraz, I was extremely hungry for more!

So here we have it, Final Prayer got their new CD out! It has 11 tracks of which 2, Annihilation and No Witness, are known from the Alcatraz split. I gotta say they still know how to put the song together to make it catchy. You can hear some Born From Pain, Hatebreed or Throwdown influences, but it’s ok cause they know how to use this stuff to create music that is tight and solid. A lot of bands nowadays tend to play just one style of hardcore so they keep their songs simple and fast or on the other side, keep it heavy and slow all the way. That’s not the deal on this CD. The strength of Final Prayer lays in perfect balance between the heaviness of modern hardcore and the vitality and rawness of the genre’s roots. With good music comes the good message. Wartime reminds us that war, tyranny, hunger and terror is still reality for too many people. Fashion Parade is about all the suckers who think hardcore is all about their fucking haircut or new pair of sneakers. We Are Enemy is a declaration of war on all the nazi bastards. The lyrics are really well written with strong message without being cliché. It’s also worth to mention that “Filling The Void” features Hannes from Make It Count and Mike from Punishable Act as a guest vocals. It’s definitely one of the most solid releases of 2008.