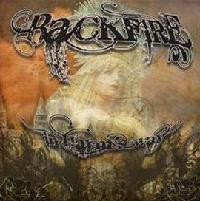 I’ve never been their biggest fan but there’s no denial Backfire! is one of the most important names In European hardcore scene. I guess I will have to pay more attention to what they’re doing since In Harm’s Way is one of the hardest albums I’ve heard in a while. It’s pretty unusual for a band with such a long history as theirs, but as far as I’m concerned, this is their best release so far!

Everything about this release is just perfect. They’re still doing their brand of old school hardcore but are not afraid to throw some metal licks now and there. It’s fast, angry, energetic and everything hardcore should be. In some ways, In Harm’s Way seems to be a natural follow up to their past recordings. The euro-core sound and the AF/Madball influences that defined the band’s style on their first albums are still present but not as obvious as before. If you ask me, songs on this album are far tighter than anything the band had done before. Just listen to the How Do You Like Me Now, the already hardcore classic with guest vocals from Stephen of Kickback! fame! This is one of the records that you feel connected to because the band knows not only how to create a powerful songs, but they speak about the things that every hardcore kids can rely to. Just check out the lyrics to This Thing We Have: ‘This is our game and it’s not over yet. There’s so much to come still good times ahead. This is our thing and it’s still worth fighting for’. Brilliant! With topics ranging from the hardcore scene to some personal stuff, they offer something for everybody.
A solid record with hardcore anthems that will stick in your head until the day you die. With top-notch production and tight song writing, In Harm’s Way serves as an excellent introduction to Backfire and real hardcore in general for all the hardcore kids raised on My Chemical Dildo and shit like this.