Until The End Reunion 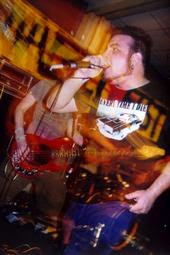 Until The End have got their shit together and will be performing a show at Transitions in Tampa, FL on June 20th. The line-up will consist of Mean Pete, Chip, Jesse, w/ Sam Kooby from Bishop filling in.

Message from the band:
I've always been opposed to bands doing reunion shows but this is for a good cause, and all the members playing are straight edge. that may not seem like something important for most people, but in this day and age of sellouts and band wagon jumpers, its important to the integrity of UTE, straight edge, and hardcore as a whole.
UTE will be doing a show on June 20th 2009 in Tampa @ Transitions.
Lineup is as follows:
Until The End
Losing Vision
Coldside
When Honor Meant Everything
With Increase
Take Charge
Set The Sights
End It
6:00pm
$10.00