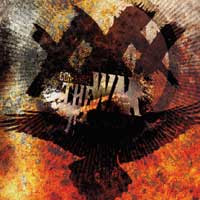 Through the hard work and dedication xThe Warx have established themselves as one of the leading bands in Australian scene. I’ve been following those guys since the split CD with xThe Wrathx and it’s good to see those guys getting better and better with every release.

When it comes to both music and lyrics, they work really hard to be remembered as a band that doesn’t compromise for nothing and know how to hold their own. The level of aggression displayed on this mini album is unbelievable. What I like about it is even though they take a lot of influences from new school metallic hardcore, they don't forget to pay tribute to the roots of their music. What you can expect is fast but heavy hardcore with catchy songwriting, brutal breakdowns and crazy circlepit parts. On top of it is the thick production giving those songs clear, but still aggressive sound. The riffs are devastating but they do find time for some clear and rounded parts , retaining the sense of melody now and there. The band seem determined to prove that even though they’re known for their serious straight edge stance, they’re not monothematic when it comes to the lyrics. Of course, SxE lifestyle is still on the agenda, but they also touch such topics as child abuse or hardcore being a place where sense of unity and brotherhood is still more important than your new kicks or haircut. In my opinion Confront is their strongest work to date and my only beef with this record is that it’s so short. Only 5 songs leaves you wanting more but it’s still worth to get your hands on this one.