"We inspired to make music as all the kids nowdays by listening to bands and dreaming that someday we will be like them.."
Band’s name: Overpain

How do you define your overall style?
Hardcore/2-step with aggressive Beatdowns and Lyrics Straight from the heart.

What’s your goal with this band?
To mark our name on the hardcore maps and to be well respected by the people and the bands.

What do you have recorded so far?
We released a 7track e.p ("Still Standing") in may of 2008 and now we going to record our first full length which contains 13 tracks... 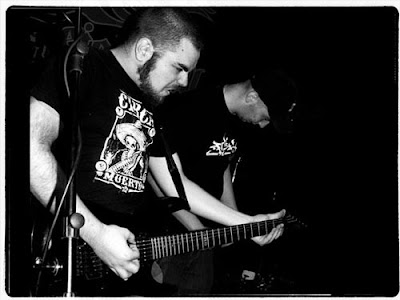 What's the history of the band?
What inspired your original interest and made you decide to start a band? The band started in August of 2007 as i said..by Johnny(Guitarz) Raf(Bass) Voland(Drums) and me (Nikk-Vocals)...Later we switched drummer and bassist and Greg and Tsom completed the line-up...We inspired to make music as all the kids nowdays by listening to bands and dreaming that someday we will be like them..

You guys released your demo last year. Are you happy with the way it came out?
Yeah we are very happy how the thing turned out...Many people asked for the demo and all the copies run out...

What do you hope listeners take away from your music?
I hope everyone feel our shit deep to the bone..both musical and lyrical...

What bands have been influential to the band from the start?
We hear many bands(Oldschool and Newschool) but i think that Hatebreed - Terror and First Blood are the first example...When and how did you get into hardcore?All of us started with a different way and different time but we end up choosing the same path...

How do you see the scene in your country as opposed to other places in Europe?
We have a few but very good Hardcore bands that can easily compared with other european bands but we don't have the full support from the people here...so we try to find a way to spread it..We have some bookers/promoters that help a lot!! Also i think we have a great hardcore/punk scene.. 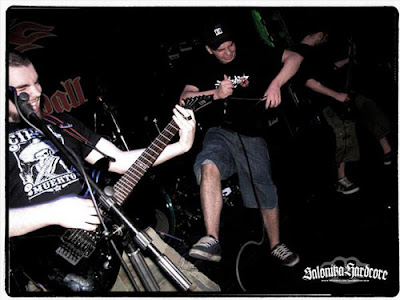 Who are some current bands in Greece that you feel everybody needs to check out if they have not already?
I think Senseless - Homicide Effect - Against The Society - Die Without -Voidwalker - Censored Sound - Psycorepaths - Como Esta Loco are worth a check..and many other bands that i can't name them all now..

What are your future plans?
To record and release our first full length through a label and to play as many shows as we can...