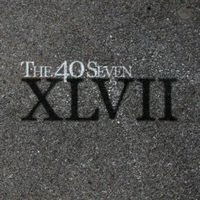 Andrews UK Limited, are pleased to announce their latest AUK Music release – Two Steps Back from the band The 40seven. The début CD release by this Luton, UK, based band is the culmination of several years of hard work and sheer determination by this five piece who are often seen on the UK scene.

Describing their style as DIY Hardcore, with energetic beats and heavy guitars. They have toured and appeared with peer bands such as – Bane, Your Demise, This is Hell, Strength Approach, Honour Amongst Thieves, Lion Heart, and many more.

This EP Two Steps Back is the first major release for The 40Seven and has been written over the past year, and is based on their perspective on life and how they deal with the everyday issues people deal with.

Touring in a venue near you in the UK, The 40Seven is just the latest band to sign up to AUK Records.


Two Steps Back by The 40Seven is available from Play.com, Amazon.co.uk and other good retailers, as well as all good digital download sites.