Three Steps Back by Killing Time will drop in February 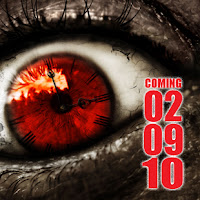 The NYHC legend Killing Time posted up new music from the upcoming record which will drop in February 2010. The album, called "Three Steps Back", will be released by Dead City Records. The official statement from the band after the jump.

With all due apologies in differing matters of degrees, Killing Time is happy to announce that the new album “Three Steps Back” will be released on February 9th, 2010.

The album is being released by NY diehard hardcore label Dead City Records and will be exclusively distributed overseas by Coretex Records (Europe) and Jukeboxxx Records (Japan). The album will also be available on iTunes, Amazon MP3 and all other major digital download sites the same week. For more information on the hardcopy CD, go to www.deadcityrecords.com.

The album, which started off as a minor suggestion in 2008, quickly turned into an obsession for every member of the band and we are all excited that it has finally come full circle. During the time we have spent writing and recording the material, we have experienced the loss of two loving parents and have also experienced the births of two precious children. So it goes.

A record release party is being planned for Saturday, February 27th at the new Knitting Factory, Brooklyn, NY. Doors open at 07:00. At this time, confirmed opening acts include, Maximum Penalty and Suburban Scum. We hope to see you all there.

In the meantime, sample tracks from the album can be heard here on this site by clicking on the “New Album – Sample Tracks” link on the main navigation. We will probably be adding more as we get closer to the release date.
See you in February.