Barcadia will start recording their new album in March 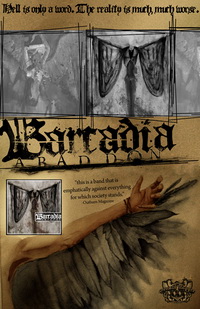 Reno straight edge pride, Barcadia, are working on new album which will be called Abaddon. This one is also going to be released Seventh Dagger records. Here's what the band got to say about it:
"Recording begins March 27th for our second release via xSeventh Daggerx Records (whatever stigma surrounds the label does not and will not matter as our relationship with xSDx has always been good).
The new effort will be much darker, much heavier and full of unusual and horribly overcast sounds, static, notes and humming; a surreal and terrifying post-apocalypse spit directly in your disgusting face.
A portion of the proceeds from every cd sold will go to www.rainn.org to help them with their efforts. "
Source

The band has also revealed tracklist for the album:
The Dismal Tide
Contrapasso
Anathema
Salitter
Dybbuk
Forgiveness
A Heaven of Hell