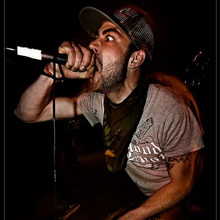 Exciting news are coming from the Enemy Ground camp! The band has recorded new tracks earlier this year that will appear as a split release between beatdown bands from all over the globe. There are also plans for the full length that should see the light of day later this summer.
Here's original message from the band:


New Stuff
In the beginning of 2010 we returned into the studio to reset the boundaries regarding European hardcore. The jack studio (http://www.myspace.com/jackstudio) helped us recording three brand new tracks that will proof it’s possible to commit to a vision and goal as a band after being around for 9 years: Take steps and improve musical brutality day in day out.

Release
Two out of the three songs recorded will be release throughout a split program where bands from all over the globe team up to express their love for beatdown music.

The one and only Goodlife recordings will release this album later this summer.

MP3
Just to keep you moving we’ve released a web-only MP3 release which is one of our brand new songs: Day of the hammer.
Make sure to check it out on our myspace page: www.myspace.com/enemyground

Shows
Yes we want to play shows, when we like you and your offer…
Please make sure to come over to Essen on the 5th of June to break your face during our upcoming show with our Good Friends in the FWH and 17Stiches Family.

Enemy Ground would like to use this small space of textual expression to wish misery upon every materialistic sheep following the herd in the direction it is currently being lead by the media.

Your presence here is not appreciated.