The Beautiful Ones Interview 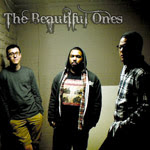 The Beautiful Ones hails from Arizona, US with a pretty unique sound combining hard as nails hardcore with some weird influences going from rock to almost R&B. I know the way it sounds it looks like a fucking disaster, but the band is actually pretty dope all these elements make it fresh without sounding sissy. The band has recently released new record "Birth of Desire" on 6131 Records and everyone should check it out! 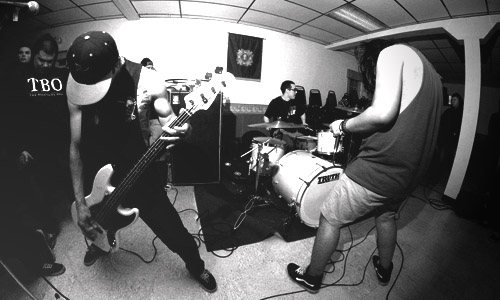 The Beautiful Ones hails from Arizona, US with a pretty unique sound combining hard as nails hardcore with some weird influences going from rock to almost R&B. I know the way it sounds it looks like a fucking disaster, but the band is actually pretty dope all these elements make it fresh without sounding sissy. The band has recently released new record "Birth of Desire" on 6131 Records and everyone should check it out!

Can you tell us something about the latest EP, Birth Of Desire? How does it compares with your demo? Are you satisfied with how it has been received so far?
We feel it's a progression from the demo. We tried some different things and didn't hold back on what some might think is weird. The reaction has been good and we're stoked. We just wish we could get out and do a bunch of touring but with van troubles and all, it makes it hard.

How did the name, Birth Of Desire, come about? It somehow makes me think about Hatebreed’s debut album because of the ‘desire’ theme, but I might get it wrong….
The song Birth of Desire is about just that. A person who's desire is awoken by a physical encounter. Some can handle it, some become a slave to pleasure and it consumes them.

Musically, The Beautiful Ones plays mean and angry hardcore which is just what I like, but you also ain’t scared to mix it with some rock influences and even some singing parts. I have to say it makes the ep nothing but dope and fresh. Where this idea come from?
We just listen to all types of music ranging from hardcore to R&B. Obviously that is gonna reflect in our music. The parts with singing just seem obvious that there needs to he singing there. We never tried to be one those "hardstyle" or singing bands.

The ep has massive sound which probably can be credited to working with Paul Miner. How important for you was to put out a quality sounding music?
Oh it's the most important to us. Nothing matters more to us than sounding good. Good tone, tuning and practice are things we take very seriously. So getting to work with Paul was a dream. We had never been in a real studio and getting to work with someone who recorded and produced sone of our favorite records ever was an honor. Plus Paul is cool as fuck.

Who or what were your biggest influences lyrically when writing this stuff? Is there any message you like to get across with your music?
At the time I was listening to an insane amount of R&B so that definitely influenced a lot of my writing. I only about what I know so basically all I ever write about are relationships. Relationships between my mom and I, failed attempts at love, drifting friendships. I just write about what I know in the same language I speak. 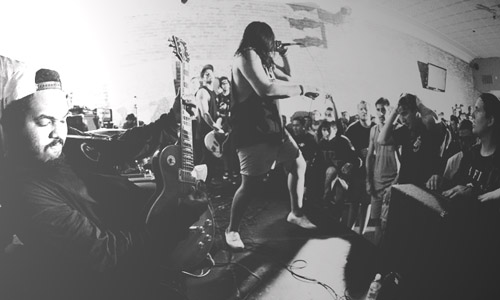 Being hardcore band, what is the response you like to get when on stage? How does it feel performing live and seeing the kids going crazy?
We love the same thing as every other band. We want kids beating the shit out of each other and singing along. Obviously no fights but we like rowdiness. Since we started and to this day we are still surprised when shows go crazy. Honestly, nothing compares to that feeling of looking out and seeing a bunch of kids losing their shit and having a blast.

Hardcore means something different to everyone, but what does it mean to you?
Hardcore to me means simple, honest, emotional music. It's a community that governs itself and takes care of people. I've met some awesome people and been apart of some amazing shows because of it. It's a lifestyle that I'm proud to be a part of.

Tell us something about the scene in Arizona. What bands or labels kids should check out?
The scene is getting better. I know there are a lot of negative views towards AZ because of past things that have happened and other bullshit, but things are looking up. Younger kids are coming out and starting bands and that's awesome. It's time Arizona stepped out of a time machine from the early to mid 2000's and start thinking for itself and have a real hardcore scene again.

We’re halfway 2012. What are band’s plans for the rest of the year?
Well we want to tour. That's all we ever want to do. I'm sure we'll get started on writing the new record soon and I am personally stoked on that.

Best Prince song?
Right now it's a tie between Computer Blue and The Ballad of Dorothy Parker but that could change at any given moment.