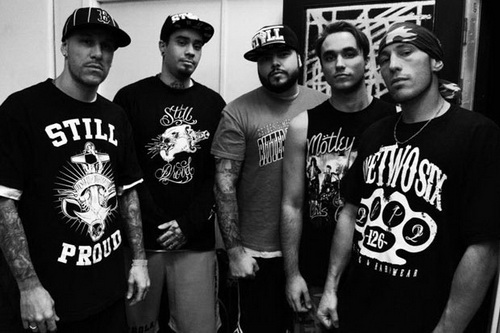 Paris' Providence has inked a deal with Eulogy Records! Rarely you see a band that's as hard working and dedicated as those dudes, so they truly deserve the recognition. As far as beatdown goes in 2013, they're on of the few remaining bands that got it right! Readers of this blog should be familiar with the band, but for those living under the rock, the official press: Formed in 2005, Providence come from the depths of filthy Paris and play dark and brutal hardcore, full of crushing breakdowns. Since their beginning the band sought to innovate rather than imitate, intending to create a combination of social/political awareness and aggression. Providence’s style is huge, metallic and epic, yet manages to be efficient and straight up at the same time. The hoarse-growled vocals that complete this already potent formula are complimented by monstrous gang backups, spitting out venom on a variety of topics including politics, economy and the craziness of the world, yet maintaining a poetic turn of phrase. The band will tour intensively this year: Asia tour is planned for April/May 2013; Russia week-end tour will take place in June 2013; and Canada tour in July 2013.