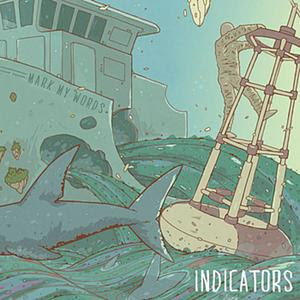 Australia’s Mark My Words brings dance floor hardcore stripped to the basics - lots of heavy, fast tunes with hard breakdowns and tough vocals. The album sound strong and I can see lots of kids moshing hard for this band! Above all, it reminds me of old Hatebreed, even the vocals are sounding very similar to early Jasta. It’s not a bad thing though. There are also obvious NYHC influences, with some of the songs having a strong Madball feel to them. These are strong foundations for a solid hardcore album.

Some of the tracks are more relentless, while other have more of a groove to them, but overall the band sticks to the proven formula and bless them for that. Variation is found at very few points, and the majority of album is packed with similarly sounding tunes. While some more sophisticated listeners might find it as a disadvantage, that doesn’t bother me that much.

Listening to tracks like Driftwood, Restless and Killing Machines puts a smile on my face and that’s what counts. There’s is a sense of purpose in the music and the album comes out sounding sincere with a correct down to earth attitude.

Destroy Your World is re-releasing this album on picture disc so everyone into collecting vinyl should be excited. And for all the rest of the world who just like to enjoy good hardcore music, check this record out, you will not be disappointed.