New Blood: The Only Way

The Only Way is a really cool band from Brazil ran by dudes who believe in straight edge and a positive change that hardcore can make. First of all, I like the band because their music is powerful and vibrant and I am sure lot more kids should give em a try. And secondly, I dig their lyrics because they talk about important things but have that down to earth attitude that separates being cool from preaching. Anyway, read the interview, listen to their demos and keep an eye on Brazilian scene in general!

The Only Way is a really cool band from Brazil ran by dudes who believe in straight edge and a positive change that hardcore can make. First of all, I like the band because their music is powerful and vibrant and I am sure lot more kids should give em a try. And secondly, I dig their lyrics because they talk about important things but have that down to earth attitude that separates being cool from preaching. Anyway, read the interview, listen to their demos and keep an eye on Brazilian scene in general!


Can you please introduce yourself and the band?
My name is Bruno. I’m a 25 years old vegan straight edge dad. I write the lyrics, musics and do vocals in the band. Luis plays guitar, Guillermo plays bass and Emerson(A.k.a. Tana) plays drums.(We’re about to put another guitarist in the band)

How did you all meet and how long have you all been a band?
Me and the rest of the guys used to play together in a band called “Future Waves”, where I used to play guitar and do some backing vocals. But the band broke up in the middle of 2011 (due to some problems with one of our former singers). But we didn’t wanna stop! In the beginning, it must be a restart of the same band, but I wanted a band more political than Future Waves. So we started The Only Way in the end of 2011

What have you released so far?
Until now, we have released one demo and some unfinished tracks which will be recorded again on our first full length.

Who would you say is your biggest inspiration and why? Who or what made you want to pick up an instrument?
My biggest inspiration is the world that I live. There’s a lot of bullshit happening around us, and some are pretending to be blind. I don’t wanna be one of those persons. I found in the hardcore/punk music a way to shout and expose my points of view to all the people. If I can reach and incite someone to think about what I’m saying, I’ll be happy.

My rocker soul made me want to play an instrument! hahaha. I’ve my first contact with an instrument with an acoustic guitar, when I’m 13. Since that, I wanted to learn more and play guitar. After this, i learned a little bit of bass, drums and keyboards. All by myself, without any teacher.

What subject matters do you cover in your lyrics? Is there any particular message you’re trying to present to the listeners?
We write about religions (and how they fuck the entire world), homophobia, politic issues, war, social issues, the impact of the human kind's disrespect on the environment and anything that we disagree .. We have some tracks about friendship (Walk Together), and about ourselves (Alive and Edge), but it’s not our focus. The Only Way was made to be a political band.

We're trying to put some doubts in people's heads, and make them questions your own truth. I think there is a lack of bands who talk about something serious; most of the time, it's only about hanging out with your friends, broken edge and other useless things. There's so many things that we can write and discuss about, i think.

What’s the story behind the lyrics for ‘Shut the door when you leave’ track?
This song is about the ones who talk so much shit about straight edge, and saw it like a summer fashion. I don’t want to write any rule, but I hate when people like that broke the edge, and came talking shit about it. If you think that it’s not for you, I’m ok with it. But have some respect for what you claimed to be before. Don't go out there talking crap about that.

When did you first discover straight edge, and what was the main motivation to pursue this lifestyle?
I discovered straight edge when I was like 15,16. But I didn’t get interested about that. So, when i was 18,I faced some alcohol problems. Then I decided not to drink anymore. In the meantime, i discovered straight edge, and realized that i fit in it. The idea fits with what i wanted my life to be. But to me, it's more than don't do drugs and drink; it's a political fight against the current idea of happiness, socialization and normal acts. Why do i need to drink? Why do i need to smoke? Will those things make me feel better? I know they won't do. So, more than abstain, it's about go against that the system want from me.

Describe a typical hardcore show in São Paulo?
Sing alongs, pointing fingers, stage dives, mosh, friendship, passion, emotion… All the elements needed to have a legit and solid hardcore/punk scene. This is our lives!

What are some good bands from your area everyone needs to check out?
Still Strong, Final Round, Direct Shot, Sentenced, Inner Self (my other band, which I play guitar), La Revancha, Days Of Sunday, Urutu, O Inimigo ( they will be doing an Euro Tour this year, STAY TUNED), Point Of No Return, Live By The Fist (my favourite band), Clobberin Time, Standing, Point, In Your Face… There’s a lot of good bands here! I can tell you a thousand more! Hehehe

There seems to be a lot of myths and misunderstanding about life in South America among people from Europe and US. I guess people base their opinions on movies like City Of God and such. What’s your impression about it? Being from Sao Paulo, how would you describe the city?
There is a quite exaggerated vision of the Brazilian's reality on that movie. I live in São Paulo, so i can't say anything deeper about the reality of the people on Rio de Janeiro.

Despite living in the suburbs of São Paulo, I never had serious problems involving violence and assaults. But we live daily with drugs. Addicts walking on the major centers of the city, moving constantly (due to a failed rehabilitation plan) to escape the police, we also have the occupations of abandoned buildings that generate conflicts between occupants and the police (action increasingly common and supported by us because if these buildings are not serving their purpose, nothing more valid than occupying them) ... Anyway, we have a lot of problems, but we are far from having the worst problems.(if you think about countries like Israel, that are constantly in a civil war; or even USA, with the recently bomb attacking on Boston).

This is not the best place in the world to live, but I can not imagine myself away from here! Everything I have is here! 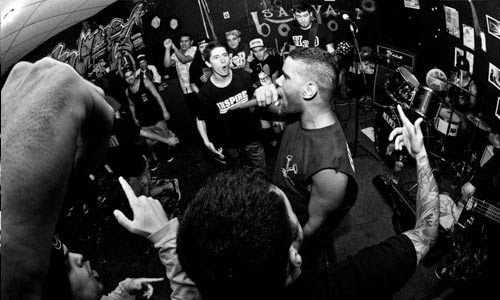 Brazil seems to be going through a lot of changes nowadays. It’s said to be developing, but many times at the social and environmental expense. What are your thoughts about it?
We’re facing many environmental problems here in the name of "progress". Currently, agribusiness leaders are pushing Indians off their land to build a large hydroelectric plant. And they doesn't seem to care about the fact that these people have nowhere to go, and they are massacring their customs and traditions (and, if we analyze in a coherent manner, WE are invading the land that is rightfully theirs.) I can’t see any progress coming in this way.

Other than that, we also have problems with slums, which are nothing more than the result of the negligence of the rulers with one of the basic rights of all citizens, which is the right to housing. In a brief ride in urban centers, we can see that many buildings are empty, not serving its real purpose (housing). Fortunately, the occupation movements are increasingly calling the attention of the public power for this problem.

We also education,which has a precarious level. But our problem becomes the foundation of the corrupt, because poorly educate society is manipulated more easily.

Brazil has a huge growth potential. But this growth can’t come at any cost. We have to respect the limits of the environment. And fix all these errors cited.

What in your opinion are the major concerns and problems facing regular people in Brazil nowadays?
Corruption is our worst problem. And, with this, comes OMISSION. I think that we can overcome corruption, but we have to face the omission before. People are more interested to know something about soap opera or celebrity's lives than political issues. It makes no sense. How can they worry about such useless things and ignore real issues that we're facing every day? I'm trying to figure it out.

And what’s best part of living in Brazil?
The imagination of the people. We can make the impossible turns into possible, man! hehehe

What can we expect from you this year?
At this moment, we're finishing a LP, which will have 12 of the best bands that we have in São Paulo. Each band recorded 2 songs for the LP. We recorded "Once upon a time" again, and a new song, called "No Tolerance".

Any closing thoughts?
Thanks for the interest on our band. Is good to see that our message reached the people far from Brasil! This is the real essence of hardcore: there's no European scene, USA scene... as Raybeez said: "we must be united AS ONE!" STAY EDGE!

Find more about the band here.
Pics by Breno Carollo