Albany,NY hardcore ffo: Crown of Thornz, Bulldoze, Merauder, Stigmata and heavy hardcore in general. Their debut EP “Marked For Death” is already out on Panda Claw Records. We caught up with the band to talk about the release and discuss some other important topics like why hardcore is so great and why it's not cool to fight at shows. All answers by Vincent (vocals).

Albany,NY hardcore ffo: Crown of Thornz, Bulldoze, Merauder, Stigmata and heavy hardcore in general. Their debut EP “Marked For Death” is already out on Panda Claw Records. We caught up with the band to talk about the release and discuss some other important topics like why hardcore is so great and why it's not cool to fight at shows. All answers by Vincent (vocals).


Can you give me a brief background on the band? How did Life Sentence get started?

Life Sentence was formed in Albany, NY about two years ago. Originally we were a band called Hands Up! We played out every weekend and played a good portion of the north east. Our drummer at the time left on good terms and then our bassist followed soon. We decided to get new members and switch up the sound. Picked up Mike on drums who was referenced to us by our boys in Concrete, and our homie John hopped on second guitar which definitely changed our sound for the better.

Marked For Death is finally out. What's the general response been like to this release?

Not sure what the general response is. I’ve ran into things on the internet or on social media sites. Reviews telling people to check us out, and instagram pics from people who have bought the record and were stoked enough to post it. It really means a lot, and is really cool to even see any sort of response. So respect to everyone who has grabbed an album/ done a review. It means a lot.

How did you guys end up hooking up with Panda Claw Records?

Ryan was talking to us back when we were Hands Up! I guess he saw what we did with our demo once we changed the name and liked it so he offered to put the EP out.

Does the album’s title have any kind of theme around it?

The album doesn’t really have a theme. The title track was written based off an experience of a good friend committing suicide not too long ago, which is where the art work came into play. And we just dig Steven Seagal movies.. Two of the songs on the EP were named after two of his movies. Marked For Death and Under Siege. 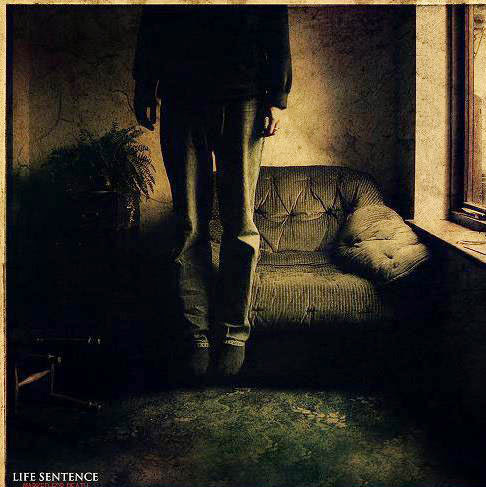 To the people who don't know you, how would you describe your style and sound? Were there any specific bands or albums that influenced the writing of Marked For Death?

Our sound is aggressive and straight to the point. We are heavily influenced by our NYHC roots and by the heavier hardcore bands that have come out as well.

How important is to have any type of message in your music? What's some of the stuff you try to send through your lyrics?

It is important to have a message in your music. Why write or make music that yourself or anyone else can’t relate to. Hardcore speaks to people through lyrics and pulls them out of the darkest places in their lives while giving them a positive lifestyle which is formed through bonds of true friendship, a feeling of belonging, and people that truly care and don’t judge your every move. That’s why I love hardcore so much. Lyrically we try to convey whatever we are feeling at the time. The lyrics in our songs are filled with real feelings and we hope that people can relate to what they hear.

Coming from Albany, which had a huge scene back in 90’, how do you feel it shapes your attitude to the music? And what do you think of the Albany hardcore scene right now?

It doesn’t really affect our attitude towards the music but we are thankful for the bands like Stigmata and One King Down who helped to pave the way for future generations like ourselves. The Albany scene is awesome. We have a lot of great bands coming out of the area; Concrete, Brick by Brick, Born Low, and Disconnect just to name a few. Bogie’s is always throwing cheap shows for all ages. It’s always a good time and has become a home away from home for many of us. The torch might have not been passed off right between the 90’s and now but Albany hardcore is far from dead.

What music have you been listening to lately? What bands you admire these days?

A lot of great records have come out in the last year. The new Terror and Turnstile albums kill it.

Things I don’t like about Hardcore… There isn’t much, and you can’t really point fingers at anyone because we are a diverse community from all walks of life. With such diversity there are bound to be disagreements and issues. Just don’t let those issues get above you. Also, I think Scott Vogel was completely right when he said “There are a lot of bullshit bands who claim to be hardcore but have no idea what hardcore is about.” These kids that thank think because they scream and have breakdowns every other measure, that they are a hardcore band. Hardcore is so much more. Educate yourselves. Support bands that do the right thing.

Boys will be boys, but what do you think about fights at the shows? Have you ever had this problem at any of your gigs?

Fighting is always bound to happen at shows. There is always going to be that one kid who doesn’t like being hit but refuses to not stand near the pit and gets hit by some dude who is “hate moshing”. Realize that when you go to a show what happens, happens. You are gonna risk getting hit. We are all about unity but hardcore is not for everybody. Keep in mind that fights affect your scene, people get seriously hurt, sue, and ruin venues. Stick tight and stand up to Bullies and wannabe tough guy dick heads that only come out to shows to beat up on younger kids. Stop fighting and start stage diving. 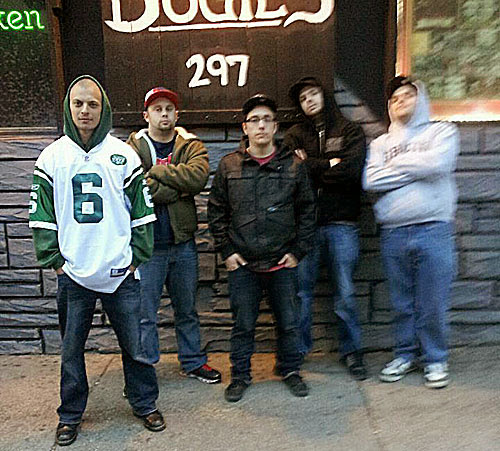 Not really a zombie movie but I gotta say that new Evil Dead movie is sick.

If you were on death row, what would your last meal be?

Considering in America your last meal is only 20 dollars I think I’d just eat a fuck load of T-Bell.. One of everything please. Haha.

Any shout outs or anything that you would like to say?

Thank you to everyone who actually took the time to check this interview out. Thank you for giving us this opportunity. Everyone who has bought or checked our EP on Spotify, thank you so much for the support and shout outs to Upstate Black & Blue, Panda Claw Records, Useless Pride Records, Bogies, Concrete, Before I Had Wings, Brick by Brick, Coldside, War Hound, Ghost x Ship, Disconnect, Overpain, and all our friends and family for their continued support.

We have been on the DL for a little bit but we promise new jamz are coming soon.