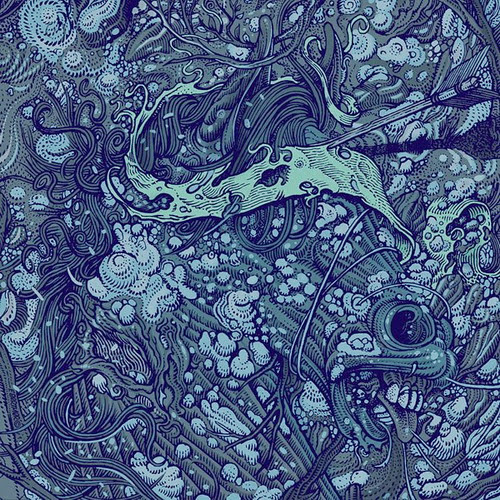 "Another thing is the macho attitude of the singer, who takes every opportunity to take his shirt off to show off his masculenity or whatever, this is practically patriarchy propaganda. "
('Some anti-fascist people from all around the world' trying to boycott band's show at Fluff)

The new five-track record by Harm's Way entitled "Blinded" should hit the streets July 23rd via Deathwish Records. The label has already launched pre-orders for the CD/12" ep. Click here to order yours. If you're from Europe - the band will play Euro tour this Summer, the dates have been posted here. This is metal-infused hardcore at its finest and music that makes you want to crush the weak Conan-style.

"The evolution of Harm's Way continues with "Blinded", their new 12"EP/CD on Deathwish. Illustrated by Florian Bertmer (Converge, Pig Destroyer, etc) and recorded at Brick Top Recordings by engineer Andy Nelson (Weekend Nachos), "Blinded" is a crusher from start to finish. Songs like "Frontal Lobe" and "Live to Loathe" are the band at their heaviest and most adventurous so far. All of it fueled by a vitriol and pain that makes them stronger than all."


This is the new video to give you a taste what to expect from 'Blinded'. Sick bastards!