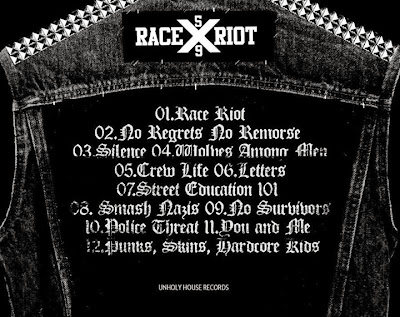 Straight & Alert Distro is having a big winter sale from January 8th to February 11th. Check out discounted items here. More than 700 items on sale! The other news is that Germany's Dogchains have joined the label for a debut 7″. The release will be a collabolarion between S&A, Life To Live Records (USA) and Dogchains singer’s label, Balance Records (Germany).

No One Rules - new 7" is coming out in 2014 on Solid Bond. Meanwhile, you can support these dudes by checking out their merch here.

Real Deal zine, done by Gary and Scott from Naysayer, is available here. Interviews with Bent Life, Criminal Instinct, Incendiary, No One Rules and Well Fed.

Bound X By X Modern X Age - The Zine #1 is out! Interviews with Bands like X Repentance X, Foreseen, Lies!, Lions and Get It Done! Interesting stuff (to read) about veganism and the straight edge; with controversial topics like hardline and political correctness. Get your copy here.

Check out new St.Hood track here. It's taken from their upcoming studio album, set to release in 2014, via Knives Out Records.