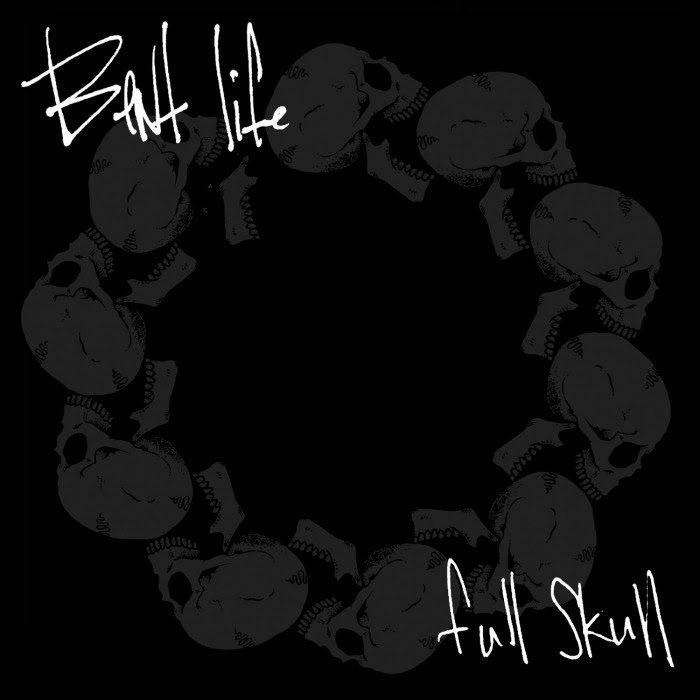 Bent Life - Full Skull (Fist in the Air Records/6131 Records ) - After Bent Life’s self titled 7” ep I knew this album gonna be dope. Musically, they didn’t change that much but that’s good. The album sticks to the same sound that made the ep so cool and the result is just as dope as I expected. Most of the time, Full Skull is very energetic and heavy with Bent Life coming correct delivering tons of gritty riffs and fat grooves that should get your head nodding.

There’s some really good material on the album with many of the songs having a consistent heavy east coast hardcore feel to it. Think of classic shit like Merauder for the heavier parts and more straight up NYHC for the groove. If I had to compare them to some newer acts for the young kids to understand, I’d say it’s somewhere between Naysayer, Bitter End and Clenched Fist. The past few years have given us plenty of good albums of this style, yet everytime I hear stuff like this it reminds me of why I became addicted to this music. Give me some gritty vocals backed by hard riffs and tight section and I’m ready to wild out.

I'm diggin' pretty much every track on here, but if I had to choose my favorite ones that would be Bricks and Ill Intent / Cut the Rope. These are exactly in line with the kind of hardcore we want - hard and stomping.

The lyrics are based on serious topics with Andy spitting verses about the day to day struggles and getting by in the world today. The vocals are powerful but all the aggression sounds honest and comes across as natural, not forced.

All in all, Bent Life has certainly managed to satisfy the hype that surrounded their debut ep (at least I was hyped!). I recommend it for anyone who legitimately considers themselves into heavy hardcore.