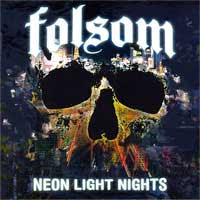 The way they combine fast, traditional hardcore with mosh parts is simply wonderful. From the gang vocals to the heavy breakdowns that make you want to kill everybody in the pit, this CD delivers everything I need from the hardcore record. Folsom is easily one of the best bands around and this CD is one of the brightest spots in 2008 when it comes to hardcore.

It’s raw, aggressive, sincere and passionate. They know how to deliver solid breakdowns but most of the songs rely on good old fashioned hardcore. Traces of Madball, Agnostic Front, Wisdom In Chains and Death Threat linger in Folsom’s work but make no bones about it: they know how to keep it fresh and bring their own style to the table. They’re one of those bands that are able to use all the best influences available in hardcore to create something of their own style. It’s really hard to pick the best song on this album. Wicked Ways is a great opener and one of the heaviest tracks on the album with tight riffing and gang shouted chorus. The band picks up the pace on the Stranglehold, which is oi! Influenced punch in the face. Doing The Devils Work and Neon Light Nights follow the same pattern, with nice punk rock feeling and powerful but bitter lyrics. I really tried to be more critical this time and was looking for something to pick on, but didn’t find anything to complain about. Folsom proved they’re one of the best bands around.