Hardway - Hold Out To The Last 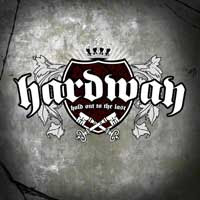 Hardway - Hold Out To The Last
Sliptrick Records 2009

There has been a lot of good music coming out of Italy recently. I mean, they always had a strong scene over there, be it classic furious hardcore only the oldest punks will remember or metalcore madness of the more recent times, but somehow I’ve lost the touch with what’s going on when bands like Reprisal, Sentence or Dehumanize ceased to exist. Now, with recent releases from Vendetta, Concrete Block or Straight Opposition, things seem to be getting back on the right track. One of the bands that is putting Italian hardcore back on the map is Hardway.

Despite relying on the proven formula, they know how to create powerful and enjoyable songs. The album contains 8 songs with sound comparable to bands like Madball, Biohazard or some Hatebreed, especially in the heavier parts. Although there’s not much to differentiate Hardway from their musical influences, the band delivers exactly what you would expect from the good hardcore record. Their sound is more diverse than I thought it would be, with powerful fast parts and some solid and brutal breakdowns. The opening track Hold Out To The Last kicks off with the raging riffing and powerful drumming just to move on to the catchy mid tempo part with gang vocals and a good dose of double bass. The majority of Hold Out To The Last flows in the same style with a lot of energy and good song writing. My favorite tracks Flame Of Pride or Self Made are sure to shoot up all the mosh warriors with adrenaline. The bottom line is: if you like tough guy chugga chugga hardcore with a touch of metal, you will dig this one. Personally, I don't have any major complaints. From the first track to the last they don't waste any time kicking your face in and that works for me. Good songs to listen while practicing some kick boxing moves, breaking the speed limit or just pissing off your neighbours!