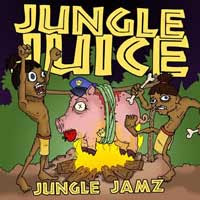 Fucking go! It’s 80’again and hardcore is fast, powerful and angry. This album offers some awesome pissed off old school hardcore punk tunes that make me think of bands like Black Flag or Poison Idea. The music is straight in your face and vocals are aggressive and mean. Most of the songs are short and fast but there are also some nice breakdowns.

Actually, there are more mid paced parts and breakdowns than one would expect, but it doesn’t change the fact that the overall pace of the album is fast. The lyrics got some pissed off attitude to them so even if most of the songs are anti-social, anti-war, anti-politics, the band comes off as some seriously angry bunch of guys who are here to make sure their voice is gonna be heard and not like the pack of crying hippies. I really like the No Glory song, where they mix the USA anthem with the furious anti-army punk rock. The opening track is also great, probably my favorite one. Lyrically, the best one gotta be Changed, Not Impressed and Nowhere Fast. If you recently have had problems with your neighbors, boss, co-workers or your girlfriend you should like em too. There are 10 songs on the CD and most of them don’t even hit the 2 minute mark. It’s not a problem with me cause every time I finish listening to it I want to listen to the record again. Definitely worth checking out if you like old school hardcore they way it was meant to be played.