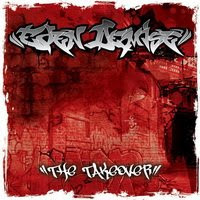 Eden Demise - The Takeover
On The Attack 2009

I can’t really say I know many hardcore bands coming out of Greece. To be honest, I can think only about a few, and when it comes to the heavier side of hardcore, only Senseless pops in my mind at the moment. But with the debut release by Eden Demise, things are about to change and their debut album ‘The Takeover’ is bound to put Greece back on the map.

Knowing other bands On The Attack has been putting out, I expected some raw, in your face hardcore with a metallic edge and I can’t say I’m disappointed. Eden Demise have been captivating audiences with their special blend of hardcore and metal and they’re really good at what they do. The album is filled with crushing riffing, reckless breakdowns and sheer hostility in the vocals department. Low points will be hard to find on The Takeover as the album offers some really tight songs for those craving the metallic, a bit thuggish side of hardcore. Although it’s over 30 minutes long, the album maintains its high-energy vibe from start to finish. And the band prove themselves to handle their instruments with skills and fresh ideas. With a sound raging from NYHC to straight up metal, this record is hitting the spot for me. Lyrically, expect the tales of pride, vengeance, brotherhood and fighting for your rights. Some of the lyrics may seem a little played out, but they’re all well written and can get deep and mature at some moments. I have no doubt the band placed themselves among the best metallic type of hardcore bands in Europe right now. The Takeover fucking rocks, there’s no half-stepping that.