"However, there are some seriously sketchy bands where we come from who don't represent the true meaning of hardcore at all. But it's not our place to comment on what is and isn't 'hardcore' so it's your choice to decide whats bogus and whats real..."
Band’s name: Legions

How do you define your overall style?
Modern hardcore, strongly influenced by old NYHC bands. Think of Ill Blood era No Warning with a bit of Breakdown and Outburst mixed in.

What’s your goal with this band?
Play shows, record songs

What do you have recorded so far?
Just a demo so far. It's available for download on our myspace profile (www.myspace.com/legionshc)

At first could you please introduce yourself and tell us something about the band? Where did you all meet and how did you end up forming Legions?
Tiernan plays drums, Elliott and Brandon play guitar, Jonny plays bass and I (Josh) do vocals. Me, Tiernan, Brandon and Elliott have all been friends for a while and played in bands together before, Jonny was friends with some of our friends so we were introduced and we asked him to play bass for us. 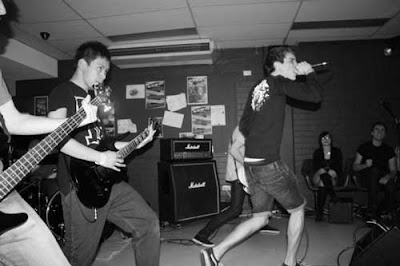 Is there any main idea behind your lyrics? Do you have a certain kind of message which you want to convey in your songs?
My lyrics are more personal, I don't aim to persuade anybody with what I write. They reflect my emotions and my perspectives on myself, the people who surround me and humanity in general.

What was the inspiration for the Bible themed cover of the demo? Is there any connection with the lyrics?
This band has no religious agenda by any means. The artwork ties in with the apocalyptic theme of the intro and the second track on the demo.

What are some good hardcore bands from Australia at the moment?
There's so many, I don't know where to begin really. Miles Away, Hopeless, Blkout, Relentless, 50 Lions, Ill Brigade, Iron Mind, Had It, Lookin In, Dropsaw, No Love Lost, Mary Jane Kelly, Worlds Apart, Persist, Goonzilla, Fixtures, Your Ghost is a Gift...I definitely forgot some but I think that list is big enough haha

What are some other hardcore bands do you like and listen too?
Everybody in the band is into all different styles of music, so I can only really speak from my opinion. I'm into Mineral, Trapped Under Ice, At the Drive-In, Violation, Breakdown, Daylight, Iron Age, The Cro-Mags, Youth of Today, Church of Misery, Dr Dre, Raw Deal, Pulling Teeth...not all of those bands are hardcore but as I said, we listen to lots of different genres.

What do you think it is about hardcore that it became a life style for so many kids all around the globe?
It's fun, straight forward and energetic, without losing its integrity and sincerity. 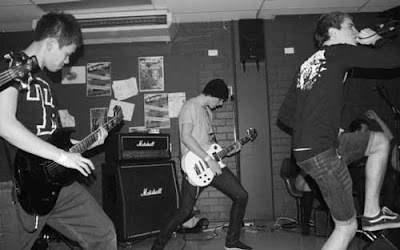 Is there anything that you think is missing in hardcore movement nowadays?
I'm only young and I haven't been a part of the hardcore community long enough to say I've noticed any dramatic changes. However, there are some seriously sketchy bands where we come from who don't represent the true meaning of hardcore at all. But it's not our place to comment on what is and isn't 'hardcore' so it's your choice to decide whats bogus and whats real.

What can we expect to see from Legions in the future?
We've just completed our demo so at the moment we're just focusing on making our band sound as tight as possible. There are no plans set in concrete as of yet, we want to release a record but we're in no real rush.

Do you have any final message to our readers?
Smoke trees, make money, fuck bitches. Peace.