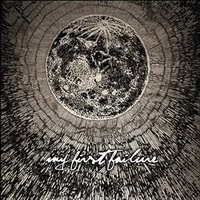 This is my first experience with this band so I’m not gonna compare this album to their previous work. To me it’s like a band that comes out of nowhere and the only thing I knew about the album before I pushed play is that it had a cool album cover. Well, the music itself is interesting and kind of different from your average hardcore band.

The most enjoyable thing about this album is how they fuse hardcore beats with some rock tunes. I know it’s just being me closed minded, but there are many bands that overuse rock tunes in their music and it can dampen the overall energy of the album. Thankfully, My First Failure successfully use these elements to enhance their music. The compositions are quite busy, combining solid musicianship and creative songwriting frequently embellished with complementary melodies and heavier breakdowns. The foundation of their style is crossover between hardcore and metal, but many other genres are also represented. Of course, there’s nothing perfect and throughout the album there are numerous times when they get too carried away with it which results in songs losing all the punch. I like to hear something I can remember the song by and with tracks like Until Today this does not work well to say the least. Sometimes the band just don’t quite gets it right but these moments are luckily few and far between. My First Failure is way more cooler when they decide to go heavy and that’s when things start to get exciting. The best song on the album is About Hearts with a powerful breakdown in the middle. There is a solid chemistry between the musicians on this track and the band tears it up with some chugging riffs and nice melodies. The mosh part in this one is just the best moment on the whole CD and they should stick more with this type of sound in the future. I mean, I like their willingness to experiment but they need to work on finding a better balance between clean melodies and heaviness.

The overall feeling of the album is rather dark and sometimes even nostalgic, but somehow it’s not that pessimistic as I expected it to. The lyrics are very personal and I think most kids can connect with them. Most of the songs deal with hardcore as a way of life, music, scene, friends and just doing something constructive with your life. Alexa is doing a great job with a solid and powerful vocal delivery. Her style of singing reminds me much of All For Nothing’s Cindy which is not a minus in my book at all. Actually, if I said this album is All For Nothing playing Poison The Well songs minus weak ass clean singing I wouldn’t be that far from the truth. Anyway, the band shows a lot of potential and even if they need to work a little bit more on improving their compositions it’s a compelling and interesting record with a great sound and songs to back it up.

My First Failure at Myspace