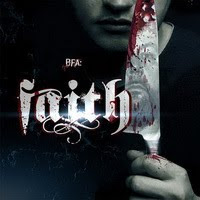 Polish moshers from BFA have just released their new EP called 'Faith'. Their style can be best described as in line with bands like Shattered Realm, Nasty, Madball with some hints of death metal. You can definitely sense the progress the band has made since their previous recordings, which along with a much better production mare for a solid piece of heavy hardcore. All of their influences flow naturally and the result is a material that will appeal to all of you who like to kick some serious ass in the pit. Check out these tunes on their myspace profile and get in touch with them if you want to buy this stuff!


In 2004 three friends from the neighbourhood - Kuma (vocal), Sivy (bass) and Mlody (drums) - realised that all of them were interested in hardcore music and culture. They got the idea to set up a band and then they started meeting in a garage to practice playing. When Jaco (guitar) joined the band, Kuma quit playing the guitar and focused on vocals. In summer 2006 bass player Sivy left the band and Hater took his place. March 2007 BFA entered the Chinook studio in Debica, where they recorded their demo "Inside Conflict". The demo consists of five songs that can be put into hardcore/metal genre. The last line-up changes took place 2008, when Kruger filled in for Hater. Currently BFA release second CD "Faith" EP recorded in Spaart Studio in Boguchwała near Rzeszów. Help us: Unhuman, Contraband Radio, NNC, hard-core.pl, Oldschool H8, Conflagration webizne.