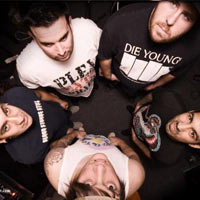 "We wrote, practiced, recorded and promote our band fucking hard before taking on any shows. New bands forget that a band is still a job. They shouldn't expect shit to get handed to them or take the first thing offered to them."

How do you define your overall style?
If Hatebreed and Comeback Kid were to have a kid, it'd probably be our band.

What’s your goal with this band?
well i'd love to travel the world and just have a shit load of people singing our songs at the top of their lungs. Until that happens, i don't think i could ever feel that our goal has been achieved.

What do you have recorded so far?
So far we have a 3 song demo that was self released in a DVD case package. In early October we wrapped up 5 more songs for an EP that is set for release later this year or early next year. 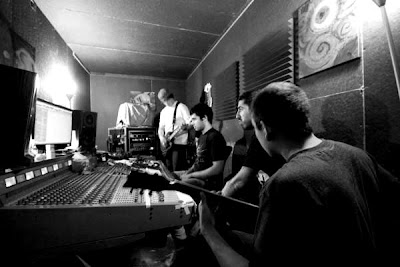 So let’s start with the basics. When, how and why the band came to being and who is who?
Well Daniel (guitar) and I (gabe) were in another band a few years back and after several attempts of trying to start new bands we just figured that we work really well together and decided to start writing a bunch of songs that would be different than our last band. We had 5 songs done without an actual band. We just programmed drums and he did all guitars. In May 2009 we decided that we'd start trying to find members, so we got our old bass player Fick to join us. Our friend Mike had quit his old band Oblige because he hated playing bass, since he was a guitar player, so we snagged him. Our drummer Brandon was doing studio stuff with a dude from Jennifer Lopez's band and was also doing other stuff with bands like Mirror of Dead Faces, Earth From Above and whatever he could get his playing on. He was between jobs so i hit him up and everything just fell into place.

The band is still pretty new, so how has this first year been for you guys?
The first year has been great actually. Right after we put out our demo we immediately had interest from small labels and we have had an awesome response from tons of people. We mailed stuff all across the states already and have shipped to Germany, France, Italy and Costa Rica. Its crazy! We've passed out over 1,200 free CDs just to hype up our first and second shows. So i'm hoping all that really pays off for us. I just really want people to sing our songs!

For people out there that have never heard of you. Give us reasons why they should...
well the first reason being is that we're not fucking deathcore. People sometimes expect us to be this deathcore/metal band because of our band name and our location, but we're the furthest from it. We sing about shit that really matters to us and most of the lyrics, people can really relate to. From failed friendships to friends who have died of drug overdoses. We'd like to think we're a breathe of fresh air in a world being over populated with this deathcore phenomenon.

Where did you get the name Darasuum, which as far as I know means ‘eternal’? Since the name xDeathstarx was also based on Star Wars, Is there any special meaning to it or a hidden message expect that you’re big fans of Star Wars?
There isn't much of a special meaning behind the band name. Daniel and I were trying to come up with band names but nothing sounded good because its hard to find an original name these days in the english language. So Daniel pulls out this Star Wars book and says to look in the back of it, because there are all these Mandolorian words and i found "Darasuum" and we both just said "yeah that sounds cool and it has a good meaning." Daniel is a huge Star Wars nut. He even went as far as making a Boba Fett costume completely from scratch. Gun, helmet, uniform and all. Its sick as fuck!

You released your first demo just recently and the reaction to it was pretty dope. Are you happy with feedback you're getting?
Yeah, like i had said earlier, a lot of people have been saying its a breathe of fresh air. Its been real nice hearing positive things about my band. Everyone in this band has had shitty first bands except for Mike, since Oblige is just fucking incredible! And maybe Brandon, since him and Garza started Suicide Silence and xDeathstarx was well liked with the christian audience.

When starting this band, did you have any goals as to how you wanted it to sound and do you think that fans of your previous bands will feel what you’re doing with Darasuum?
I think Daniel knew what he wanted. He really loves the melodic hardcore sound and all he did was mix our older hardcore influence and add harmonics over everything. I can't see why our past band audiences wouldn't like what we're doing now. Its almost the same shit but without a million breakdowns and technical guitar times. 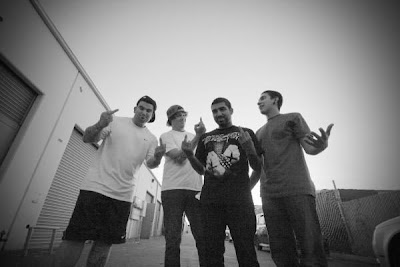 What are the lyrical themes that you guys delve into with Darasuum?
I've dipped into a few themes. Friendship, drug overdose, failed relationships, religion, and scene politics.

“An EP is to be released later this year but no official date has been set.” – could you please tell us how far are you with the EP and what kids should expect from it?
We're done with it. We just upped some rough mixes on our myspace. Those songs are more driving and people into circle pits would just love. I don't even think circle pits exist anymore and thats sad being from California and all. A lot of people really want br00tal breakdowns, but you won't get that out of us. You'll get tons of sing alongs though!

The band is pretty new but personally you’ve been around for some time. What is the toughest lesson you ever learned while being in hardcore scene?
for ME, i have to learn not to be as blunt with my lyrics. As a band we've learned that there's a right and wrong way to doing things. We can't just write songs and play the first show we're offered. We wrote, practiced, recorded and promote our band fucking hard before taking on any shows. New bands forget that a band is still a job. They shouldn't expect shit to get handed to them or take the first thing offered to them. All that "pay-to-play" bullshit is stupid. Bands can get around that so easy if promoters just see them hyping up their bands at shows. Go to Kinkos, make 6 flyers to a single sheet of paper explaining what your band is similar to (ie: for fans of..:) and go to a show and hit every car. We've been lucky enough SO FAR to get out of the "pay-to-play" shit. But i spend way too much money at Kinkos.

What’s next for Darasuum apart from the new EP?
We'll just keep writing. We never wanna stop writing, we wanna move in new directions and try new things. I would like to tour but theres people in our band that can't at the moment, but we can definitely do little week or weekend tour here and there. We'll just see what happens next year. For now, we just plan to keep writing and hitting every show we can to let people know who we are.

Thank you for taking your time to do this. Any last shout outs?
Thank YOU for taking the time for doing this. And thanks to everyone who has given us a listen whether they like us or not. We appreciate everyone's time given to us.

Check out the band at their myspace profile