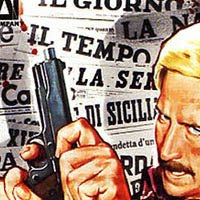 Here's the selection of couple new hardcore tunes from bands that have released recently or are about to release in the near future new albums or EPs. I've tried to keep it diverse so there's a new tracks from youth crew warriors by the name of The Defense as well aspunk influenced tunes from Boston's own Refuse Resist. The heavier and tougher side of hardcore is represented by Show Of Force who are sure to make some noise with their debut EP. Also, we got Last Round and everyone into blast beats and pig squils will sure like them.
The Defense

Let's start with this good old youth crew style. The Defense from Barcelona is one of the best that Europe got to offer if you miss those days when bands like Youth Of Today or Ten Yard Fight were rocking the scene. Not to mention one of the coolest band's description I've read in a long time: "Maybe we are not the best musicians ever, but we are really good facing and overcoming hard times...". Brilliant. The Statement track is taken from the just released 7" ep of the same title, while Dust is taken from Common Sense ep.
The Defense - Statement:

Let's stick with the old school sound as we present the newest track from Boston based Refuse Resist. I won't exaggerate if I said this band brings everything what's cool about hardcore - straight forward music and down to earth lyrics everyone can relate. The oi! influences in their music are obvious and that's where they score with me. The band is about to release the new album on Thorp Records and here's what Shawn Refuse, the band’s vocalist, got to say about it: "We are very excited about the new release. It's called Socialized because it's obvious that social networks are taking over our lives and becoming the drug of choice for people everywhere, myself included. While we wouldn't exist without them – we found each other on MySpace – they really do take up too much time in our lives. What ever happened to going out to shows, hanging out and meeting people for real?"
Refuse Resist - Middle America

Show Of Force from Netherlands are about the heavier side of hardcore. While still maintaining the old school vibe, they're not afraid to add some metal elements to their sound. The vocals are mean and tough and the overall delivery is strong and aggressive. The band has just released the self titled EP on Real Recognizes Real Records and it's been getting pretty good reviews so don't sleep on it.

Show Of Force - Self Defense

Last Round from Belgium are all about that death core sound. Expect everything from blast beats to heavy breakdowns, from growls to pig squels. This is pretty decent stuff if you're into that type of music. This is their newest tracks and it's called Abandon All Hope.

Last Round - Abandon All Hope