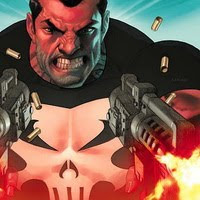 This time we got new tracks from Cold Hard Truth, Another Victory, Crown Of Glory and Fullback 89. All of these songs sound pretty dope so let's cut the crap and get right down to business...
Cold Hard Truth

Cold Hard Truth took the beatdown scene by storm with their successful self released debut album Reflect The Conflict. The band is currently working on some new shit and to give you a taste of things to come, here's Punisher - one of the new songs with Pelbu of Knuckledust fame droppin' some guest vocals.

The band was born in 2006 and as they say, their style can be described as 'fast and strong metallic influenced Hardcore with a bit of mosh attitude'. The band is working on their debut album called 'Pray For Your Death' which will include 11 tracks of brutal hardcore. There are also plans for a video clip.

Tight, strong, heavy, and downright tough Cali hardcore. While bands of similar style very often come off as trying too hard, Crown Of Glory make it all seem so natural and easy. There's lots of aggression pouring out of their songs and the band keep their sound focused, without falling into boring category. This song is one of the few the band has recorded recently and is planning to put on their upcoming EP.

Here's something more in the old school style. Fullback 89 are from Spain and have a style that's heavily influenced by the old NYHC scene. While originality wasn't big part of writing process, it’s worth to check out this band for for the energy it delivers. It's a proof that it's still possible to make classic hardcore and sound fresh.