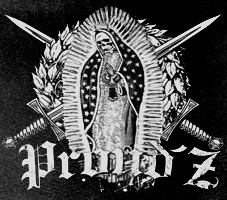 "Whatever life you have is the one you've been given and you'll have to move your ass if you want to change it because nobody will do it for you. "Dulce Miseria" tries to explore and focus on that."

"Whatever life you have is the one you've been given and you'll have to move your ass if you want to change it because nobody will do it for you. "Dulce Miseria" tries to explore and focus on that."


With your new album that came out, how do you see the evolution of the band? What makes “Dulce Miseria” significant and what can your fans expect from it?
I always say that the real evolution for a band consists in keeping their "original" sound and taking it to another level. To improve the performance, composition, lyrics... not change their style and justify it as an "evolution" as a lot of bands do. I think that the fans of the band will find the best of Proudz in this new album with better ideas, better lyrics and better sound.

Give us some insight into the record and the meaning behind its title? How does it differ from your previous albums?
Even though it may not seem like it we always have done "conceptual" albums. I mean, "Solo los Fuertes" (Only the strong), probally our most "social" album, was about survival in a world full of greed and hate. "Ajuste De Cuentas" (Settling of Scores) was about payback and revenge, and "Dulce Miseria" (Sweet Misery) basically talks about how we can learn to live with our demons and fears. The main difference, as I was saying, is that the album has been worked on more. Proudz is not a band with great musicians or great lyrics, until now at least. We set a very high standard in our last album "Pura Vida" in these aspects so we wanted to do it better. That's the point of reference and I'm sure that we have made our best album to date. I know that some people won't like it as much as others but we never have been as satisfied with an album as we are now.

Can you tell a bit about the lyrics and which themes you have touched this time?
Well, the theme behind our songs is the fight to overcome adversity but we wanted to take it further. Sometimes you think that you are not as happy as you should be, you ask yourself why your life is not like the life of the person next to you... Whatever life you have is the one you've been given and you'll have to move your ass if you want to change it because nobody will do it for you. "Dulce Miseria" tries to explore and focus on that. 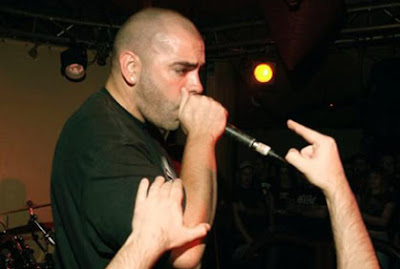 Do you think that singing in Spanish can benefit your band cause it sets you apart or it can be a disadvantage in regards to interest from other European countries?
It's surely a handicap. We created the band with the sole purpose of enjoying and expressing ourselves. We never expected our music to cross frontiers. We were worried about that when we played in France, Holland and Belgium. About the language. But we realize that, in a way, the originality and signature of the band comes from singing in Spanish. There a thousand bands doing this shit in English. There are bands, however, such as "L'Esprit Du Clan" or "Rammstein" (to name a few) that have made it singing in their own language. It's different when I see Spanish bands covering american band in Spanish or something like that. It's crap!

What are some of the bands that have influenced you musically?
There are too many, obviously Madball or Rykers, though you can always find some Punk Rock, Metal or Hip Hop in our songs. I love music, from Trash Metal to Jazz or Country music, but when we write songs for Proudz we always know what we want to do.

Any plans of a tour or shows in the upcoming months to promote the new album?
We are going to do some shows, not a tour this time. Maybe next year, who knows.

A lot of kids says that hardcore has gotten watered down nowadays or it’s now what it used to be. What are your views on the current state of hardcore scene?
For better or for worse, the Hardcore scene has always been moving. One day it's on top and you can see a lot of festivals or magazines with hardcore bands in their pages and the next day nobody remembers those bands because there's a cooler trend. The most important thing is that the bands have to play and believe in their music and the people involved in shows or fanzines have to believe in themselves too, regardless of the state of the scene. 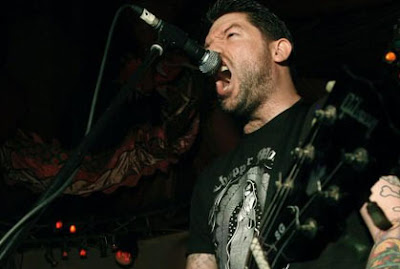 Running this band for such a long time, there surely must be a moments that stand out in the history of Proudz. What are some best and worst memories connected with a band?
I think that the worse and best things that ever happened to me on stage happened on the same night. We were playing in Asturias 10 years ago and we had an asshole as drummer. He was completely drunk and couldn't play so we couldn't play any song. I was really ashamed but it turned out that one of the drummers of a local band was a fan and he knew all our songs. He offered to play with us and he did it. It was fucking amazing. There are a lot of memories along the way but I think that's my favourite. That was with our first album so it was really emotional.

Did you have any aspirations or goals when the band started? How have these goals changed as the band has progressed?
I feel really lucky because I have seen a lot of the things we proposed for the band when we first started get done and much more. We have recorded 5 albums, played in other countries and shared a stage with our favourite bands. We are sure that you can't say that you have managed to do everything as a band. There are so many things that could give me a lot as a musician and a a person but I'm sure I won't see half of them happen. It's having that aim, however, that keeps a band's essence and attitude.

When it’s all said and done what do you want as a band to be remembered for the most?
I would like to think that we have done something that will last forever. I mean, maybe someone in the next 20 years will listen to a Proudz album and think "ok this is the kind of band there was then" or "this is how they did this shit back then"... I'm not talking about a legacy, it's something more personal and intimate. Sometimes I discover a band from the 50's that was not famous but I love their music even today. That's what I'm talking about.

Thanks for taking your time to do this. Anything you’d like to say to the kids out there?
Thanks a lot for your support. If you want to know more about the band you can visit our myspace profile: www.myspace.com/proudz.