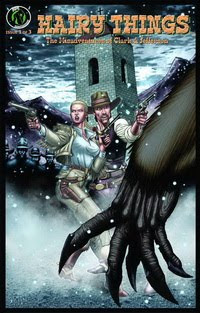 Hairy Things is a three issue limited series written by Jay Carvajal with Marc Borstel providing the visual side of the project. The first issue will be out January 13, 2010. You can order it here.


The Wild West can be a scary place, as four unlikely friends discover, when they stumble upon a remote town deep in the Colorado Rockies that is being attacked by big hairy creatures. Sadly, for this gang, these hairy things may be the least of their worries! Ships Weekly in January! 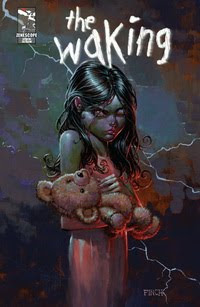 The Waking was written by Raven Gregory, penciled by Vic Durichio and olored by Garry Henderson. The story is all about the zombies, fucked up scary kids and big breasted women.


In the big city, four police detectives investigating two routine murders discover that the victims of these crimes are coming back from the dead in search of those responsible for taking their lives. Now the detectives are in a race against time to find the source of the recent "awakenings" and will be torn between doing their jobs or allowing the victims to find their own justice. Meanwhile, a father with an incredible ability must choose between avenging his daughter's death or losing her forever.