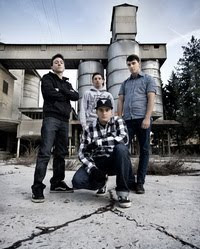 Italian Hardway inked a deal with Strikedown Records. The band is currently working on a new album. Their last work, "Hold out to the last", was a piece of solid and heavy hardcore so let's hope they will be able to deliver something at least as good this time.

Here's the official message from the band:


We're proud to annunce the new deal we made with Strikedown Records to release our new album in late 2010, title to be annunce.
After our debut album "Hold out to the last" we're ready to work on a new album, few new songs are already written and put in the live bill...meantime check our brand new T-shirt out @ online store hardwayhc.bigcartel.com!!