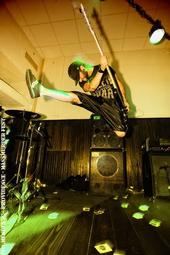 As posted by TonR (this crazy dude who's doing vocals for Providence), Paris owned Providence will release split 7" with Chicago's heaviest King Of Clubz. Here's what TonR had to say about it:
Chicago's hardest KING OF CLUBZ and Paris's heaviest PROVIDENCE teaming up to bring you the most fierce and punishhing 7 inch of the decade. Out June 2010 on U.S. based label ON THE ATTACK RECORDS (Weight Of The Crown, Smash Your Enemies, Fatality...)
Stay tuned fellaz !!!!!