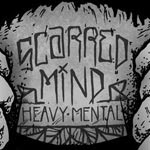 Germany’s Scarred Mind has just recently released Heavy Mental ep which is sure to make all the fans of heavy hardcore happy. The band takes a lot of correct NYHC influences to create some massive sound. Everything is pretty much in place, from thrash-infused groove parts to vicious breakdowns. Aggressive but well thought out music with the right attitude. The guys were kind enough to answer couple of my questions so check it out!

Germany’s Scarred Mind has just recently released Heavy Mental ep which is sure to make all the fans of heavy hardcore happy. The band takes a lot of correct NYHC influences to create some massive sound. Everything is pretty much in place, from thrash-infused groove parts to vicious breakdowns. Aggressive but well thought out music with the right attitude. The guys were kind enough to answer couple of my questions so check it out!

For those out there who are not familiar, give us a breakdown on Scarred Mind. When did the band form and who is involved in the band?

Scarred Mind is Laurin, Christoph, Tim and Torben. We started playing shows in early 2011. During this time we also released our demo. After playing a bunch of shows we started writing material for the “Heavy Mental” 7”. At this time our old drummer decided to leave the band. As we had written half of the songs for the ep, Torben joined our band. He helped us with writing the record and is now a fundamental part of Scarred Mind.

Tell us something about “Heavy Mental” 7”. There were some problems with the pressing plant, but it is finally out as far as I know. These songs are dope as fuck, how well was it received and how do you feel about this material once it’s released? 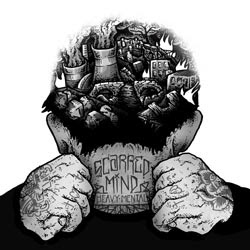 Christoph: The record is finally out now. The pressing plant fucked up the first pressing and they weren’t able to get the new pressing done for several months. We recorded in august 2011, so it took more than a year until it finally appears now and we’re kind of stressed out. We wrote the record and immediately recorded it. We could only afford three days in the studio so we were pretty much in a hurry. But I am pretty satisfied with the result. I think you always find some things that you would like to change but the record came out pretty cool I guess. I have to admit that I rarely listen to the record but every now and then I give it a listen and then it still puts a smile on my face. I am glad that the record differs from our demo stuff. I mean it´s still the same style of hardcore but with matured songwriting and better guitar riffs. We actually used a different guitar tuning on the record than we used on the demo. When it comes to the lyrics I think the new record pursues a new path. They differ a lot from the standard hardcore lyrics and I like that a lot. I was immediately into it as Laurin presented me his first lines for the new songs.

I guess the record was received quite well. I heard a lot of good things about it from other people. But how much of negative feedback does a band get confronted with?

What is it about NYHC sound that appeals to you? What are some of the bands from there that you’re most into?

Torben: We’re more into New York Metal, than NYHC. But most of the bands got a Hardcore background. When we’re talking about New York, it’s about the old bands that everyone knows: Biohazard, Life Of Agony, Leeway, etc... We don’t always share the same music taste, but we all agree on those bands.

Heavy Mental makes me think about the classic Killah Priest record of the same name. Was that album any inspiration for you?

Laurin: It’s pretty cool that you know Killah Priest! It was not really an inspiration, but It’s a classic rap album. The name “heavy mental” just fitted too well to Scarred Mind and the record itself. It´s kind of a credit thing, to give something back to the music we like and which has influenced us. There are a bunch of more links to some other rappers like Cormega and the infamous Mobb Deep.

Where do you draw your inspiration from when it comes to the lyrics?

Laurin: Nothing special, I don’t see myself as an artist or some crap. Just some everyday struggle stuff, things that happen in my life. I just try to tell things how they are, no advice bullshit…

Torben: When I joined the band and read the lyrics for the first time, I was totally stoked. I mean they’re straight on point and honest as it gets. I missed that for a long time.

How did you hook up with Worship Records?

Short story. Niels wrote us an email, we said okay. I mean I got pretty much every Worship release at home. So we instantly liked the idea of Niels releasing our record.

What’s your main motivation with this band? Do you want to get any message across to the listeners, or is it more about just having good time recording music and playing shows?

Laurin: You may have heard that a thousand times but having an outlet from the daily routine is the main reason why we are into hardcore and why we started this band. I think you should not expect your band to be groundbreaking and you should not expect your lyrics to be anyone’s bible. If anyone’s feeling it, it’s cool but I´m just a random kid like everyone else. There are no big plans, it feels good when you get feedback. It doesn’t matter if anyone likes what we’re doin’. We’re good with it.

Once Germany got rid of that Caliban metalcore crap, it seems the more ‘manly’ stuff is finally getting some attention. Bands like Suffer Survive, Look My Way, Bravestar or Coldburn are prime example. What’s up with the German hardcore scene right now?

Christoph: The German hardcore scene had done better than it does at this moment. I mean there are people that are doing shows and there are people that stick to hardcore. Since we live close to the Ruhrpott area I speak for that part of Germany. I guess Hamburg is doing pretty well when it comes to hardcore at the moment. If you think a few years back the hardcore scene in our area was huge. There were many shows and these shows were always packed. You could go see a hardcore band playing almost every weekend. I think as Black Friday 29 called it quits an important part of German hardcore died. Their shows were well crowded and most of all they helped new bands out. For example they pushed AYS a lot. The sad thing is that there are still a lot of people who listen to hardcore in our area but it appears to me that they rather spend their time arguing on the internet than going to shows. I guess hardcore had its ups and down ever since. We still got bands, people that stick to the scene and there are bands from the Netherlands or Belgium that play shows here. So I think the German hardcore scene will find its shape again. We live pretty close to the Dutch border so you will find us at many shows in the Belgium/Netherlands area. To be honest you will meet us at more shows in the Netherlands or Belgium than in Germany. It seems to me that there are more good shows in that area than in Germany at the moment. Mainly because Cornered play pretty frequently. I can say that the Dutch and Belgian hardcore scenes seem likeable to me so we will always be down for shows in that area. 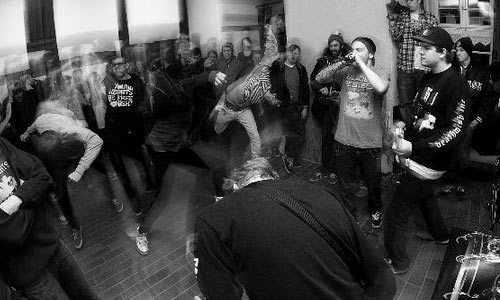 What are some classic German hardcore albums you think everyone should listen?

World Collapse – Into the night

Favorite hardcore release of 2012 so far?

Torben: The Demonwomb 7” “Cursed” is the hardest thing ever. Saw them the other week and they played tight as fuck. You should definitely get this band on your radar.

Christoph: I guess we all agree on Demonwomb but I think the new Guilty 7” is worth a mention too. I am also a lot into Rise and Fall´s “Faith”. One of my favorite hardcore bands for sure. Did Cornered release anything this year?

Laurin: I'm really looking forward for their split with Last Dayz.
When it comes to rap you should get a copy of Ka's Grief Pedigree. Album of the Year!

Laurin: State of the world address

We hope to play more shows in the future. The entire struggle with the record slowed us down. We actually have a pretty cool show in line where we play with two of our favourite European hardcore bands. At this point of the interview it should be apparent of whom we are speaking. We are pretty lazy when it comes down to merch so we didn´t manage yet to get any shirts out there but that´s ok. It’s just too ridiculous when we see bands have thousands of shirt designs for sale at a show. A hardcore band that has more shirt designs than songs has obviously done something wrong.

Check out Demonwomb, Cornered, Beneath the Wheel. Thank you for your interest in our band.