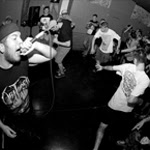 Crossover sound which combines the best elements of hardcore and thrash metal is what to be expected from the debut EP by Austria-based Demonwomb. Think some Cro-Mags mixed with Pantera mixed with Slayer, and the whole stuff is played with finesse and skills above average. The band shares it for free, but 7” version is also available from Power Trip Records. Check out the interview with Sandro, who plays the bass, who shares some background info about the band, new EP and hardcore in Vienna!

Crossover sound which combines the best elements of hardcore and thrash metal is what to be expected from the debut EP by Austria-based Demonwomb. Think some Cro-Mags mixed with Pantera mixed with Slayer, and the whole stuff is played with finesse and skills above average. The band shares it for free, but 7” version is also available from Power Trip Records. Check out the interview with Sandro, who plays the bass, who shares some background info about the band, new EP and hardcore in Vienna!.

Can you introduce Demonwomb to our readers? What is the history behind the band?
We have Werner on drums, Haris and Patrick on guitars, Don does the vocals and my name is Sandro and I play bass.  Demonwomb started in spring 2011. Patrick and Don wanted to do a band together for quite a while and when Patrick’s and Werner’s old band Juggernaut broke up they decided to form a new band together. Haris and myself played in a band together too which broke up around the same time as Juggernaut and since we were all friends before, the complete lineup was found pretty quickly. We recorded and released our Demo in Summer 2011 (it also got released in the UK on Rage! Hardcore), played many shows in Austria, Hungary, Slovakia and Germany and most recently did a Summer Tour with Wolf Down through Eastern Europe and the Balkans. And here we are now.

To the people who don't know you, can you describe the vibe and style of your music?
It’s basically a mix of Thrash Metal riffs and Hardcore grooves. Crossover in the likes of Leeway, Merauder and the almighty Cro-Mags just to get an idea what we kinda sound like.

Tell us something about the Cursed ep. Are you pleased with the way it turned out? Since it was posted on bandcamp, what's the general response been like to this release?
The recording process started in Spring 2012, we recorded in our old rehearsal room, in Werner’s living room and recorded the drums in a home studio, which belongs to one of Werner’s friends. Werner also recorded (besides the drums), mixed and mastered the whole record.  We are more than pleased with the way it turned out, it’s definitely a step forward for us, both songwriting- and sound-wise.  The response has been amazing so far, people keep telling us that they like the EP and they also seem to enjoy the new songs live. 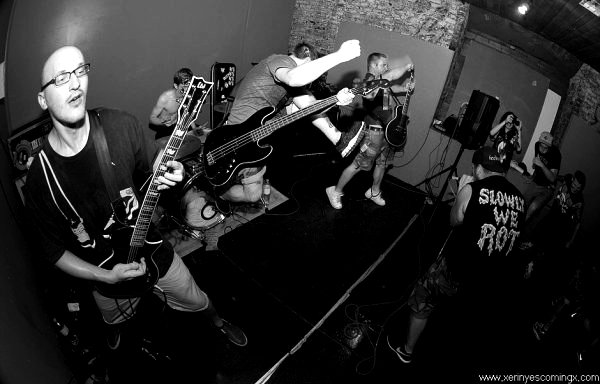 Cursed is streaming on your bandcamp, but when it’s gonna be available on vinyl?
It actually is available on vinyl already on PowerTrip Records from Germany! Pre-orders are being sent out as we speak. The official release date is the 17th of November since this is the date of our release show in Essen.

Who are some of the bands that inspire you and why?
I’m not too much into listing bands but I’d say Pantera, Metallica and Slayer are probably THE three bands we can all agree on. There’s definitely a lot more thrash metal and of course (metallic) hardcore bands that we love and that inspire us.

Does the ep title and your lyrics have any main theme? Is there a concept to it?
The EP cover art (the earth as a skull) and the lyrics kinda speak for themselves in my opinion. But I’d say the demise of humanity by its own actions is probably the best way to describe a “main theme”.

What or who would you say is your biggest inspiration when writing lyrics and why?
I don’t write the lyrics but I’d say Don’s main influence is pretty much life itself. Just open your eyes and look what’s going on outside. This world is a fucking mess.

Any plans to play some show in Europe in support of the new ep?
Like I said we’re playing a release show on the 17th of November in Essen with our friends in Scarred Mind and Cornered and we got 2 more shows around that date in Germany. We have one last show for 2012 confirmed which is on the 8th of December in Vienna with our friends in Avalanche and Mind Trap, who will release their EP there. We’re currently trying to plan a UK tour for early 2013 and we have one weekender in Switzerland confirmed already. Besides that we’re gonna play as much as we can and try to play everything we get offered.

What originally inspired you to get into hardcore?
The music itself in the first place. I was listening to many different genres of music at the time but I’d say Rage Against The Machine (still one of my favorite bands) were the main reason why I got into hardcore, I guess I was looking for something similar with a rougher and more aggressive sound but it still having substance, so some sort of message was also important to me. I discovered bands like Sick Of It All, Agnostic Front, Madball and so on when I was about 14 years old. I really loved the aggression and the heaviness of it. It wasn’t until I was about 16 when I started going to a couple of shows and discovered the attitude and ethics behind hardcore, the whole thing being an outlet to everyday life and something that helped me get through some shit and so on. 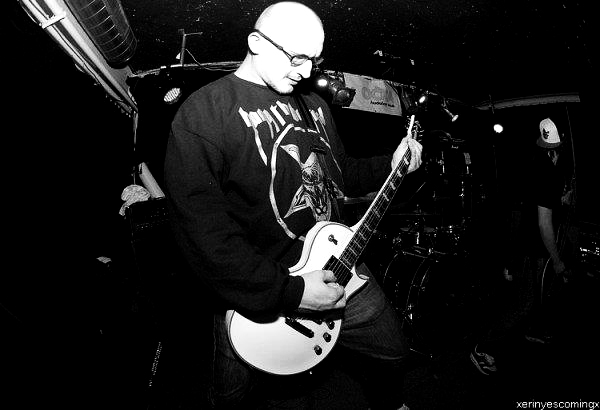 Tell us something about the scene in Vienna? How do you feel about the current state of hardcore in your hometown?
As every other scene it has its ups and downs, currently it’s in a weird place in my opinion. The amount of people going to shows fluctuates a lot, and right now there’s not too many people going to shows but it feels like it’s getting better again. Also hardcore seems to unfortunately happen rather on the Internet than at shows in Vienna, which is a problem in other scenes too apparently. But in general it’s like any other scene in bigger cities I guess.

What do shows look like in Austria when it comes to the crowd reactions? Do people like to get crazy, fuck shit up, get violent in the pit?
It used to be pretty wild when I started going to shows and people keep telling me that it was even wilder before that. It’s not like that anymore, you don’t see too much action in the pit and the crowd in general is a lot calmer. There still are some shows that make the crowd go nuts tho, for example the Cold World show in April was pretty mental.

Well, is there anything else that you'd like to expound upon?
Thanks to you for showing interest in our band and for doing this interview! Many thanks to Hannes and PowerTrip Records!  Check out our new EP “Cursed” - download, rip or even buy it if you feel like it. Listen to/check out every band mentioned above.

Thanks to xMajkox for letting me use the pictures. Check his work here: www.xerinyescomingx.com!