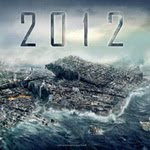 So 2012 is in the past and the world unfortunately didn’t die in pain and suffering. It was another year of great depression though, with everything about the economy being messed up, people not finding job or being underpaid and treated like shit. On the other hand, hardcore didn’t suck that much last year. I guess when times get tough, tough gets going and that’s the way to go! The music, the message, the scene – it all was here to keep you strong through these hard times. No matter how hard it got, there was always some band to tell me to quit being pussy and to get a grip.

Despite being the always complaining type of person, even I have to admit that things were good in 2012 when it comes to hardcore. What makes me happy is that most of the stuff that I liked was from relatively new bands, like Hardside, Suburban Scum or Ill Intent. Empire Of Rats dropped incredibly good No Peace ep, and the new Take Offense shit is already a classic. European acts like Knuckledust and No Turning Back neither didn’t disappoint with their new albums. Polish bands like Last Dayz, Desperate Times and Reality Check deserve a special mention – it’s been a while since I was so proud about hardcore coming from my country. Check out Very Cool, Very Core compilation put out by Ratel to learn what’s up with the scene over here!

In terms of music released, there were number of strong albums and I had really hard time to narrow down the list to only ten. In the end, I picked the hardcore albums and eps I listened to the most last year. That means, if I wasn’t forced to listen to some other crap, most of the times I would go for one of these gems:


Shit that I missed and I need to check out:
Stout - Tales From The Marked Side – I am pretty sure this one would make the final list if I only had a chance to spend more time with this album.
Setback - Step Up Your Game

Special mention:
Hardcore Help Foundation Comp & FWH Japan Relief – both were great initiatives and we need more of that!
Face Your Enemy - Do The Right Thing – my boys from Italy always keeping it strong!
Clearview – bunch of crazy Brazilian dudes!
Rock Bottom - Down With The Devil was strong!