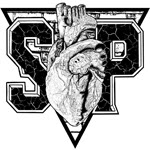 Seconds Of Peace is a new band from Germany which really impressed me with their debut demo they dropped not so long ago. Those five tracks displayed just the right balance of different influences ranging from classic NYHC to crossover sound, and everything was delivered with force and conviction. So, check out the interview I did with the band lately where they talk about the origins, influences and idea behind the band and some more stories.

Seconds Of Peace is a new band from Germany which really impressed me with their debut demo they dropped not so long ago. Those five tracks displayed just the right balance of different influences ranging from classic NYHC to crossover sound, and everything was delivered with force and conviction. So, check out the interview I did with the band lately where they talk about the origins, influences and idea behind the band and some more stories.

For those who don’t know you, tell them what Seconds Of Peace is about. How, when and why did it start? What’s your goal with this band?
Yo, we are a 4 piece hardcore band hailing from cologne/ germany. We found SOP round about one year ago. Members joint piece by pieace. In our area there haven`t been and still aren`t many kids going nuts for hardcore music so it took a bit to get the team together. Emilio, our drummer for example moved from Guatemala to Germany...just for this band!!!!!! No, just kidding...... but when we met for the first time, we stood in front of each other , didn´t understand a single word of our counterparts cause I don`t speak spanish and Emilio could hardly speak german. So we quicklly decided to set up a rehearsal and it was great (Nice to have you on board, chico;). For Sascha, our bass player, SOP is the very first band. You maybe notice that by our really easy songwriting. When it gets more compelx, he starts sweating and het gets quite rough, haha (I will pick up this topic later again). Steve does the vocals in SOP.

Why SOP started out, i don`t know for sure. I think we all just want to play hardcore music. It`s easy, it`s loud and you feel good when you do it. Our in other words: We feel better with playing hardcore music as if we wouldn`t ! My personal goal with SOP is to have a few more records, many shows and some kind of movement when we play live. Stagedive, Highfives !!

What is the meaning behind your name?
SECONDS OF PEACE means to me something i learned in life so far: When i was younger i always had this idea, that when i stand in front of a mountain (some kind of bigger problems, challenges etc) and i scale this mountain, everythings gonna be fine forever or at least for a long time. But then i asserted that when i reached the goal, solved the problem or scaled the mountain, the feeling of recknessless or just „peace“ didn`t last long. After a short moment ( a month, a few days or just a few seconds), a bunch of problems and challenges ar crushing down on you again and you have to switch back to modus „uphill battle“. Another aspect where the phenomen of „SECONDS OF PEACE“ affects me is the prevailing state of our world. Day by Day we we are flooded by news about new wars all around the world, like currently in the arabian area for example. You hear about the chrisis in greece and even Italy, spain and other european nations aren`t solid anymore. You hear politicians lying every day. You see the earth raped. Interestingly when you live in germany. it´s kind of a bubble: You hear a lot of catastrophes and crisises in all areas of life, but normally you are not affected by most of that until now. But i think people here now begin to smell the odor of an uprising chaos. Many people are getting restless, nervous, panic, depressed in these times. I don`t want to be swallowed by those feelings. So sometimes i need a few seconds to pause for a moment, clear my mind, refind strenght, hope or whatever is needed in a situation. Last week some officials towed up my scooter because of a bagetelle. It was absolutely unnecessary and now i have to pay a civil penalty of 200 bucks. That is when i need some seconds of peace...

What have you recorded so far and what feedback you got for your music so far?
We recorded the „Carry The Weight“-EP 6 months ago in the basement of a friend. We wanted to hit the studio as fast as possible, so we wrote 5 songs and went there. We are quite comfortable with the sound. Basti did a really good job. Afterwards, we went to the rehearsal base and wrote 3 new songs in 30 minutes, everyone is better that all songs of the „Carry The Weight“-EP. They gonna kick ass. We will record a second EP in spring 2013. The sound will be less metal, more 2-step and easy riffing. Yes!!!

Who are your influences? What bands do you look up to?
That`s a funny question. Most people listening to SOP say: „Ah cool, it`s this Madball style!“ Well, we`ve got nothing against such comparisions. Madball is an absolute great band that paved the way for hundreds of bands. But to be honest, i am less listening to Madball but way more to those bands who are influenced by Madball. In a manner of speaking i adore the Madball style without listining Madball that much, haha. In my youth i listened a lot to metal and trash metal and found into hardcore about the popular bands like Terror and Hatebreed. The bands, that influenced me the most were No Turning Back and Solid Ground. I love the sound and the lyrics, that are both catchy and true. There are many bands in europe i adore..in germany, poland, netherlands..everywhere ….with a proper attitude, doing their thing and staying true. The diversity of hardcore music, however you may define it, is so great nowerdays, i love that. Currently i dig IN CIRCLES. We played our first shows with them and they really amazed me. They have a a heavy sound with many slower parts and a great voice.

Lyrically what kind of themes you deal with?
The lyrics for Seconds Of Peace come up quite organically. Normaly I just write down whatever pisses me off at the moment. Whether it is related to my own life or current social events. When you walk the streets everyday with open eyes or get informed about the state of the world that we live in, you get confronted with a lot of shit that gets you thinking. SOP is our outlet for that sort of stuff. Letting your frustration is our way to keep sanity.

How many shows have you played so far? What was the most memorable one?
Until now we played 4 shows. Two of them, we put up on our own. As far as I'm concerned, the best show we played was at Outbreak Fest Europe! We played alongside with such awesome bands as Eisberg, Survival or Broken Teeth. Our performance wasn't bad either and the kids responded very well to it.

What is most popular style of hardcore in Germany? Are bands like yours getting a proper support from the local hardcore kids?
I dont know whats the most popular style of hardcore right now. I think the trends are quite diversified. I like that. There are many bands comin along with a proper oldschool style, then there are many bands with some sick down-tempo stuff and also a lot of coolstraight edge sound. A HC show with such a mixed line up- what do you want more !?

What are some bands from your area that you support?
We support IN CIRCLES, ON THE RUN, DROWNING IN PRECONEPTION, STILL ILL, TRAUTMAN, BULLSEYE

What does being part of hardcore mean to you? Music, lifestyle, friends – what’s the best part of being involved?
The most important thing about in the core of HC is the motivation hardcore gives to me, a strenght from within. AND: It`s all embedded in this certain sound, thats also important. One other thing I appreciate about HC is the sense of community. There's a lot of friendship, support and solidarity involved in that. And despite of a few exceptions, there is no ego shit involved in HC. This is not pop music, we're all part of a minority movement. We gotta stick together and carry on the spirit.

So how do you feel about the hardcore scene right now? What’s worth attention and what sucks?
Due to the fact that we dont have an HC-scene in our city, i cant really tell something about that. I wish there were one, but there isn`t. When we go to shows in other areas there are often great comunities and a cool spirit. With SOP we keep in touch with other young bands from different areas of germany. Furthermore, we put on shows ourselves to help support the scene.

What are some future plans for the band?
We gonna release a new EP in Spring 2013. We already wrote 3 songs. It´s gonna be cool shit. Then we will play a couple of shows. In March we play a weekender with DROWNING IN PRECONCEPTION and In June we will play the RETURN TO STRENGHT FEST in the east of germany, for example. It`s our first festival, yeah!

Thank you for putting on this interview, Dloogi!!!
SEE YOU IN THE PIT!!
Mattes & Steve/SOP