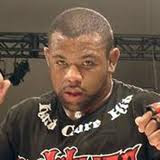 Some people never learn but maybe some ass-kicking will put some sense into their heads. Some nazi morons fucked with the wrong man at a Strife show and got served real bad. Here's how Emmanuel Newton recalls the whole situation during an interview for Sherdog.com: “I went to this show -- it wasn’t a hardcore show by any means, but maybe some of the older guys would consider it to be hardcore. Strife, in my opinion, was really the only true hardcore band on this show. I guess those skinheads kind of frequent that place. I haven’t seen skinheads at a hardcore show since, like, 2001. I saw them, and I was like, ‘Great,’ but there were also a lot of hardcore kids who were there to see Strife, and we definitely outnumbered the skinheads.”

“The pit had just started, and I could really tell that they were checking us out. I started circle-pitting, and a guy tried to trip me. I turned and looked, and I knew it was a white power guy. One guy had ‘white power’ tattooed on the back of his head. I went over to my friends and told them to keep their eyes open.”

“After I warned my boys, one of those guys came up and just blatantly took a swing at me. I saw it coming, of course, so I slipped it and threw a punch that dropped him and put him out. [His friends] then started jumping in. I think one of them shot a double-leg on me, and I was up against the stage. Then some white power girl came up and started swinging at me. I just tucked my chin, put my head down and said, ‘Go ahead and punch me in my forehead and the top of my head all you want. You’re just going to have a broken hand in the morning.’ “All my buddies jumped in, and they just demolished the guys. I didn’t have to do anything more, because all my boys either train MMA or they fight, too. So they came in and just smashed the guys.”