Review: Length Of Time - Let the World with the Sun Go Down 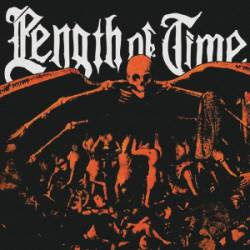 Anything Length Of Time touches is full of intensity and focus. At ‘Let The World With The Sun Go Down’, the band is a fucking war machine. It’s amazing to see that after so many years, they haven’t lost it. Over the years, the band has leaned more towards the metal side, and this album is a natural consequence of this path. It’s definitely more metal than their early albums, and much more aggressive than Antiworld.
But genres aside, the relentless and plain evil sound the band is known for is still present.

The album is complex and laced with nuances. Each song is focused and the execution is flawless. From monster riffs to slick fills and double bass, the quality musicianship that is band’s trademark is back again. The vocals deserve special mention, as Ross is probably one of the most talented guys to ever bless microphone in the history of hardcore. The album crushes with an extremely heavy sound thanks to vibrant production. The sound has a lot of depth to it, but is raw enough to avoid the trap of over-production, so common in this genre.

The atmosphere they create is impressive. The grim desperation and negativity that crawls from these songs is enough to put some seriously twisted thoughts in your mind. The band accomplishes it at ease without being pompous or lofty. With this album Length Of Time puts most of the bands in their weight division to shame. It’s actually pretty refreshing to have a solid, honest metallic hardcore album.

Kids who just recently go into hardcore and like the heavier side of it should educate themselves about what was happening in Belgium couple of years ago. I understand guys from Length Of Time must be fed up about all this talk about the old days, but I got a lot of sentiment for Liar, Sektor, Congress, Arkangel and all the other H8000 bands. They were one of the heaviest ever in hardcore. And yes, Thought of the Enslaved  is still one of the hardest metallic hardcore tracks ever made. I had to get it off my chest.