No One Is Safe Interview

No One Is Safe is another band out of Finland that got that metallic hardcore sound on lock. Their latest album brought on some heavy tunes that anyone into Bulldoze or Second To None should appreciate. This is kind of weird story, but between me sending the questions and the band answering them, they decided to call it quits. So, this is the last historic interview with the No One Is Safe. Apart from band related topics, I got them to share some info about the Finnish scene which in my opinion is one of the coolest in Europe. Check it out!

No One Is Safe is another band out of Finland that got that metallic hardcore sound on lock. Their latest album brought on some heavy tunes that anyone into Bulldoze or Second To None should appreciate. This is kind of weird story, but between me sending the questions and the band answering them, they decided to call it quits. So, this is the last historic interview with the No One Is Safe. Apart from band related topics, I got them to share some info about the Finnish scene which in my opinion is one of the coolest in Europe. Check it out!

For people who may not be familiar, can you introduce No One Is Safe and explain how you guys first came together?

What's up. We are No One Is Safe from Finland. Olli (guitars) is answering.

Before we go any further with this, I'm sad to announce that No One Is Safe is quitting this summer. Over 8 years is a long run for any hardcore band. I'm suprised we lasted this long. It was a fun ride though.

About our early days: we originally started as a project band way back in 2004. Timo (vocals) was studying in Lappeenranta and he came up with the idea to start a new band with guys living in Lappeenranta because his previous band Field Of Hate didn't exist anymore and he wanted to create some new music.

We ended up practising with me in guitar (I also played in Worth The Pain back then) and 3 vocalists: Timo, Jouko (ex Final Round) and Joonas (Worth The Pain). Other members were Simo on drums (ex Black Betsy/Shed) and Heikki on bass (Worth The Pain).
Joonas left the band early on but the rest of us continued. After that we managed to do a demo (2006), record 2 songs for Building a Legacy vol. 2 compilation (2008 Full House Records) and then release the full length album "Strike First - Strike Hard" (2012 Poolside Records). By this time we had a new drummer, Joel (Rejected, ex Worth The Pain). 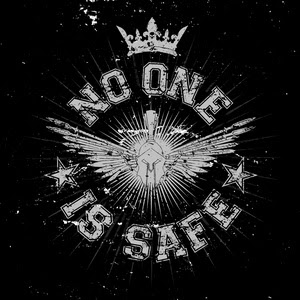 Your debut album has dropped recently and that’s some heavy shit. Are you satisfied with the way the album came about? Is there anything different that you guys tried when writing this album compared to the demo?

Thanks for the compliments! We are very pleased with the way the album turned out.

The 2006 demo was recorded very quickly just to get our music out, it was rushed. With the debut album we wanted to do it properly and use the time and effort to make it sound as good as possible.

Vesa Sinkko (Rathouse Studio, Lappeenranta) has recorded a lot of great hardcore albums (for Another One Dead, Black Betsy, Worth The Pain, etc.) so we wanted to work with him. He recorded and mixed the whole thing in 2010-2011, except Antti Malinen (guitars in St.Hood, records a lot of Finnish bands) recorded vocals. It took some time to get it all done but we're satisfied with the end result.

Music-wise we didn't wanna make any changes. Actually there are a couple of old demo songs re-recorded on the album to make them sound even tighter than in the past. We always kept true to the original sound and idea of the band - simple, hard songs with both fast parts and slower mosh parts to keep it dynamic and energetic.

What is the idea and concept behind Strike First - Strike Hard lyrically?

Timo should be answering this since he writes all the lyrics.

My view is that it's all about honour, honesty, loyalty. Never sell out your beliefs. Stay true to yourself and others. Protect your loved ones (this is what the title track is about). These are the topics that keep repeating in our lyrics, the approach varies from song to song. To some it may sound like a cliché but it's not. I see our songs as guidelines for ourselves, our personal anthems for everyday life, haha.


What took you so long to record this stuff? You’ve been around for about eight years already. How has the band changed since it began?

Yeah we started in fall 2004 and the first show was in January 2005. We weren't an active band in the beginning, we only rehearsed and played shows whenever there was extra time from other bands and activities in life. At some point the band become a bit more serious effort and we started doing it more actively. I think it was around 2008-2009 when we got Joel to play the drums and most of the band members moved to Helsinki. Practising became easier.

The final line-up had 3 original members: me in guitar and the 2 vocalists. We tried a second guitarist at one point also but we realized that it's easier to get organized with less people. Heikki was with us handling the bass until from the beginning till last year. Good thing we got a good replacement for 2013 - Ville from End Begins, great bassist, great dude.

Some people compare your style to that of Bulldoze, Next Step Up or Cold As Life. How do you feel about that? Are there any specific bands or albums that influence your style?

It's a good thing to hear if we get compared to those bands as they're some of our favorites. Besides those bands you mentioned, we take influence from Integrity, OLC, Hatebreed (Satisfaction era), Terror, Path of Resistance, Ringworm etc. Some of the influences are more obvious than others. We do like to have the so called beatdown parts there but we try to keep a faster pace overall to make it sound more aggressive. Too slow means too sloppy and boring for us. I don't wanna fall asleep while playing a song. That's not very heavy or brutal...

For those who haven’t seen you perform live, what are they going to experience that they won’t get from just listening to your CD?

This music is made for live shows. Period. We did our best to capture the live feeling and aggression on the record but you know, it's never the same. There’s usually some stuff flying in the air when we play. So I guess it’s safer to listen to the cd at home, haha.

Come see us live, sing along and dance for the last time: LPRHC Fest 2013 in Lappeenranta, Finland Aug 2. We're playing with First Blood (USA). After that we're done. www.lprhcfest.com

For somebody just getting into the hardcore, what five albums would you tell them to go get?

This is a hard one. I'd go mainly with classics from the nineties since that was and is my favorite era. That's when I truly got into hardcore music and the message. Only one album from the eighties, eh.
1. Cro-Mags: Age of Quarrel
2. Hatebreed: Satisfaction is the Death of Desire
3. Earth Crisis: Destroy the Machines
4. Merauder: Master Killer
5. Down My Throat: Real Heroes Die (the best and most important album from Finland ever, look it up) 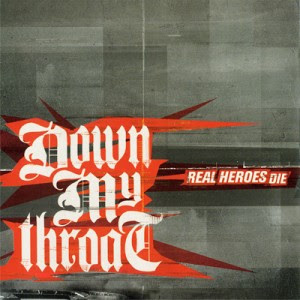 If this was a top ten list, there would also be at least Madball, All Out War, Judge, Leeway on the list too. Quite a one-sided view of hardcore but this is the style I'd like to get people to know.

How do you feel about the current hardcore scene?

Worldwide? Different trends come and go but I guess that's how it goes. There are still good new bands coming up all the time although I don't follow it as actively as I did 10 years ago to be honest. I'm stuck in the nineties/early 2000s. I try my best to catch the best ones. Lately I've been digging Dead End Path, Cruel Hand, Homicidal, Will To Live, to name a few.

I see a lot of older bands doing reunions and even though some of it might be shit, I don't mind at all. I was happy to see Strife last summer, finally after all these years. They killed it at Ieperfest.

Is there anything going on in Finnish hardcore particularly that you’d like to talk about?

We got a small but good scene going on here. We're mostly one big family and ready to welcome any guests to check out the scene. You should already know bands such as Cutdown, Bolt, Ratface, Worth The Pain and St. Hood (if not, check them out, they've been around for ages).

There’s surprisingly small amount of egos and stupid cliques here in Finland, although they do exist. To all the elitists: come on, relax, it's too consuming, keep an open mind. Some newer bands we really like and support: Upright, .45 Stainless, You Can't Keep Me Down, 53STABWOUNDS, M.O.R.A. – good people, good music. Definitely check them out.

Favorite Finnish food?
Hahah! I don't know, the Finnish food culture is really boring. My vote goes for pizza, not very Finnish.
Karelian pie with egg butter is awesome. Also the traditional food from our home city Lappeenranta, "vety", is tasty. It's a meat pie with ham. If you ever visit Lappeenranta, don't go to a McDonald's to have a burger, eat vety instead.

What are the next steps for the band?

The next step unfortunately is to disband. Family and other things in life have become more important to some of us and it's quite hard to keep on going at full speed. So we rather stop doing this while it's still fun. You never know, if there's time later on in our lives, we might come back. Never say never.

We will record our final songs and self-release a 5-song CDEP called "Outcast Among the Outcast". It will be released this summer at LPRHC Fest and sold for a very affordable price. Get in touch with us if you want one, keep checking for www.nooneissafe.com and Facebook for the latest info.

Before we wrap up, traditionally, do you have any shout outs or anything that you would like to say?

Thank you for giving us a chance to say one final word and introduce ourselves to your readers.

Thanks to the people in the Finnish scene who supported us (you know who you are) and thanks to Pigfarm Music and the whole Estonia scene (Martin, Two Wrongs and Burn Still guys, Street Mirror Expo tattoo convention + Nagy, Ken & Goresoerd). Extra special thanks to our French brothers PROVIDENCE for the great tours together! That will be the one thing we will miss the most after disbanding.

Be on the lookout for other projects involving at least some NOIS members. We're not done yet with music. My new hardcore/metal band BLOODLANDS is releasing a debut full-length "Nihilistic Dimension". Check it out if you're into bands like Bun Dem Out, Shattered Realm, Dying Fetus: www.stereokiller.com/bloodlands

Support independent and DIY music! Keep it alive by going to shows and showing support to the local bands. Lame ending, eh? But it's true!