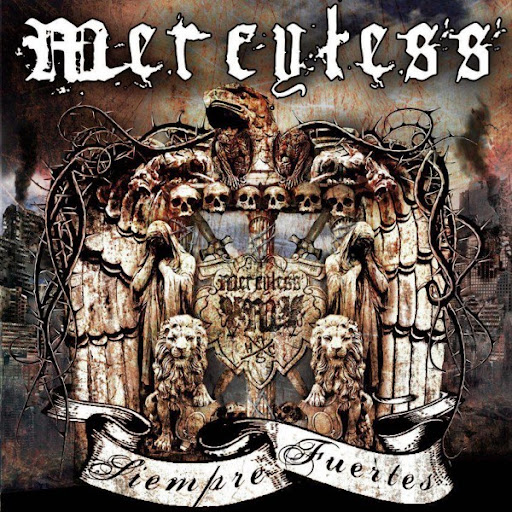 Mercyless - Siempre Fuertes (Cruzade Records) - This is the band's second record after Mundo Enfermo which came out in 2012. Just like before, the band delivers heavy metallic hardcore inspired by bands like Hatebreed and Born From Pain. It lacks the finesse of Satisfaction... and is not as crushing as Reclaiming The Crown but it’s ok though, not every album needs to be a classic.
I dig the thrash elements and the best moments on this album are the ones when they ante up the speed. Despite the fact that these guys have some good skills on display, I wish it had more punch. If they put some twist on this style it would make these songs much more vibrant and powerful. Instead, tracks follow kind of same formula and tend to blend together after a while. Not that they can’t play, if you’re fan the above mentioned bands it’s worth checking out. Lyrics are in Spanish but the band seems to be politically-tinged, with a lot of talk about fighting the system and general life struggles. With the current unemployment rates in Spain, this anger sounds very convincing. Cop it from Cruzade Records!