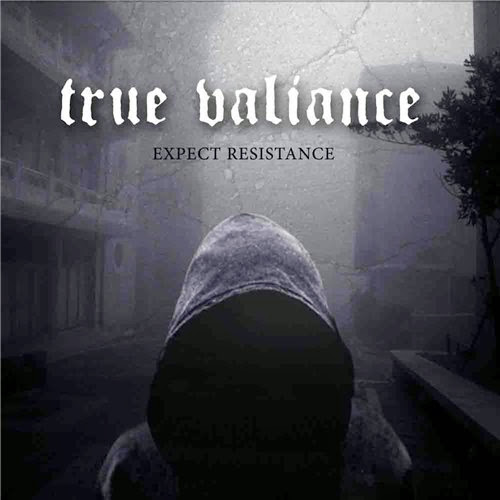 True Valiance hails from UK and this is their new album.The sound of Expect Resistance is heavy with a lot of 100 Demons and All Out War influences as they blend core sound with a lot of metallic riffs. Judging by the cover art and the label behind this release, I was expecting more in your face approach. In reality, the band stray more into metal territory with song structures that are more complex than your average hardcore record.

I like the album, but it sometimes feels too polished and lacks the bite and edge. As far as mixing hardcore with metal goes, it only makes sense to me when it’s more about bringing that inhuman demonic rage with your shit than technical wankery. Beast mode is the only way to go. The law of the jungle is to prey upon and destroy the weak. I think the overly polished sound quality is killing some of the potential this album has. Some more dirt would make it sound more menacing.

The music itself is alright. The guitar work is dope, constantly moving over the pounding rhythms and adding a good balance to the songs. There is the mix of expected breakdowns and moments of more melodies, and the band throws in some catchy melodic riffs now and there that make the whole thing sound like Swedish metal. All in all, a decent release.