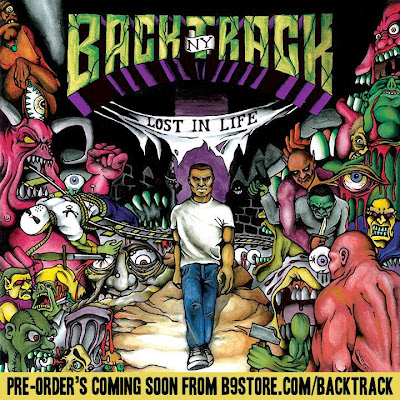 As a reminder: Backtrack have teamed up with Revelation Records for new LP due out in 2014.

Backfire will drop new ep in 2014! As stated by the band, ”Where we belong” will be released in 2014 digital and on very limited vinyl only.

New ep from Piece By Piece is called Primite As Fuck and gonna drop via Solid Bond Recs. You can place your pre-order here.

Rucktion has released new CD by Cali's Hammerfist: Raw and angry, fast and ultra-heavy hardcore from these West Coast veterans, who are about to celebrate a decade in the game! Featuring Tom Tactic (Skare Tactic) on bass. Guest vocals by Dre (Donnybrook) and Davie (Force Of Change)! Includes 5 new tracks + their 7-track "Dead Dreams" EP, previously unreleased in Europe.

Check out new track from Benchpress taken off of the upcoming split with Martyrs Tongue. Click here.

According to Reaper Recs newsletter: Stigmata just got added to 2014s Breast Fest in NC and to the BNB Super Bowl as well. The guys are currently taking some time to write songs for a new record. Vinyl re-issues are also being discussed.

Too Old To Die Young is a title of the upcoming album from Vienna,Austria-based Spider Crew. It is due out in 2014 through One Voice Records.