Some recent relevant news from the wonderful world of hardcore:

Ressurection from UK got a new album out. 8 tracks of old school hardcore, you can cop it here.

Backtrack will drop new album via Bridge 9 in early 2014. It will be called 'Lost In Life'.

From S&A: CLEAN BREAK is Faro’s new Straight Edge sensation, formed in the summer of 2013. After a handful of practices, David and Armando decided to record a demo at the band’s practice room with the 4 songs they’ve been working on. The demo tape was released in August 2013 on Salad Days Records. The band is now working on 7 new songs for an upcoming release. Behind this new band are Faro / portuguese hardcore veterans who used to play in Broken Distance, Critical Point, Pointing Finger, The New Blood or Pressure. Straight & Alert records will team up with David’s label Salad Days records (Portugal) to repress CLEAN BREAK demo tape on a one sided 7″ limited to 200 copies. 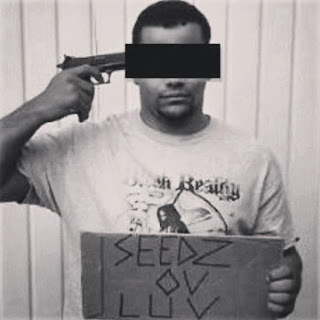 Grim will drop a new record called The Seeds Of Love. Shit's gonna be heavy! You can pre-order it from Open Up Recs.

Tacoma, Washington’s Cowardice have called it quits. Check out Rat Path though, which has members of Cowardice and already Mean Streets 7" out!

Toe To Toe have announced a new 7 inch titled “Still Fighting” to be released on the Old School Cartel. It will have guest appearances from Madball’s Freddy Cricien and Sick Of It All’s Lou Koller and Craig Setari.

Friend Or Foe - Outsider 7" is out via Trible B Recs! Check out the stream here.