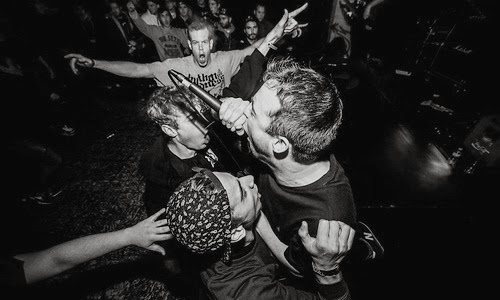 The Seeds of Love, a new ep by Grim, is some nasty and vicious piece of wax. If you're into hardcore that is heavy but not devoid of emotions, it's your stuff right here. I dig this ep cause beside the fact that the band goes hard from start to finish, there's some depth to it as well. Like, it can let you connect with your emotional side without making you feel like a pussy. I respect that. Here's an interview with Kristof who does the vocal duties for the band.

The Seeds of Love, a new ep by Grim, is some nasty and vicious piece of wax. If you're into hardcore that is heavy but not devoid of emotions, it's your stuff right here. I dig this ep cause beside the fact that the band goes hard from start to finish, there's some depth to it as well. Like, it can let you connect with your emotional side without making you feel like a pussy. I respect that. Here's an interview with Kristof who does the vocal duties for the band.

Please introduce yourself to our readers. Where are you from and how long have you been around?

Yo, I’m Kristof and pizza-addicted. I do vocals in Grim. I’m from the greater area of Antwerp, Belgium while the others hail from the Limburg-area. We’ve been playing shows since last year (give and take). 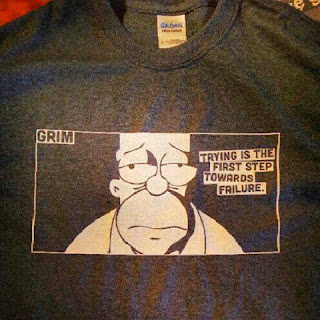 What’s up with The Seeds Of Love 7"? Tell us something about the upcoming ep?

We’ve released our 7” a few weeks ago. It’s available now from Open Up Records. It’s our drummers label actually. Think we were too lazy or something to go and search for another label and he was really stoked to do it so we just went with it. Turned out great though. We were in complete control of everything this way, which was cool.

Musically, I think we made a huge step forward. While the demo was more about exploiting a cool riff each song, we now tried to make some proper songs. Compared to the demo, the metal-influences are a lot clearer and people keep telling us we’ve got this 90’s vibe going on. I’m down with that.

What is the meaning of the title in your words?

Initially the records was going to be called ‘Sunstroke’ actually. The thing behind it was this Spanish movie I watched called ‘Sunstroke’. The movie is about a small town where people are confusing having a sunstroke with lust and love. ‘The Seeds of Love’ has a better ring to it though, so we went with that. But to properly answer your question; it’s about feelings which can’t be stopped. Simple as that. Nothing more, nothing less.

What’s your thought process when writing these new songs?

Don’t think there’s a thought process or something behind it. Usually it goes down like this;

Gijs (guitarist): “Yoooo guys, I’ve got a sick new tab we can use for a song!!”
Dirk (Bass) after listening to the riff: “This comes straight from hell! Do I need to play the song? I just want to punch people when it’s played!
Me: Woooohaaa, this sounds just like … (insert obscure band here, just to show off)
Stef (Drums) doesn’t say too much and bangs his drums until they fit the riff and we can proceed.

Who or what do you value as your biggest influence musically or lyrically?

Musically we are speaking about loads of bands and genres as an influence. But you probably are looking for some namedropping; Bolt Thrower, Metallica, Nirvana, Alice in Chains, Sonic Youth, Leeway, Life of Agony, Only Living Witness, Obituary, Type O Negative, Foundation, Iron Age, Basement, My Bloody Valentine, Cro Mags…

What was it that initially sparked your love for hardcore? Your first hardcore moments - be it albums, shows, people you met?

I always have been attracted to subcultures and underground-stuff. My nephew introduced me to hiphop and from there on out it was a small step towards hardcore. Especially since my dad was blasting Metallica, DRI and Bad Brains in the car the whole time. I was 13 years old when I saw my first hardcore-bands. A hot summersday at the Graspop-festival (big metalfest, used to be a fair share of good hardcorebands there). First band I saw was Deviate. They blew me away. If I recall correctly the rest of the line-up was Subzero, Biohazard, Immortal, DRI, Machine Head, Slayer… Fuck, take me back there!

First album I bought was Biohazard – State of the world address. Still gets regular playtime around here. Great album. Ow, by the way; Biohazard S/T > SOTWA > Urban Discipline. Yeah, I just did that. 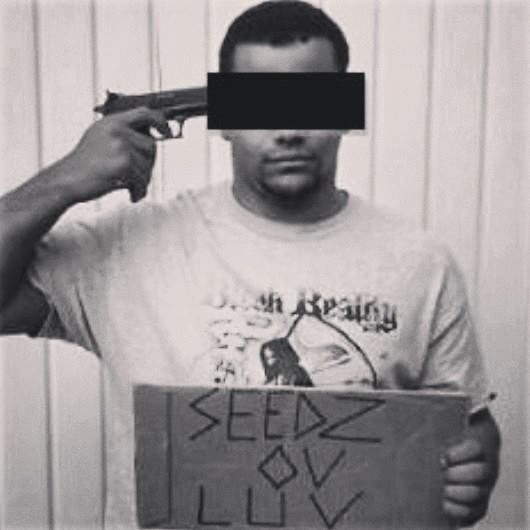 Favourite style & era of hardcore and why?

Late 80’s, beginning of the 90’s NYHC. Why? Supertouch, Leeway, Cro Mags, Maximum Penalty… If I think of hardcore, I think of New York.

I’d also like to point out the 2000’s though. Bands like American Nightmare, Count me Out, Horror Show, Carry On, Champion… still get my blood pumping.

And one last thing. Those German ‘Cro-Magsian’ bands. True Blue, World Collapse, The Ice, Devil Inside, Jaylan, Empowerment… Underrated (at least when I look at my peers).

Other bands from your area that you support?

If you’re into early Hatebreed/Vision of Disorder you should be checking out Overlord. Took me a while to appreciate them for the great band they are but now I’m totally hooked!

If you like the more mellowed out stuff not unlike Bon Iver, our guitarist has this solo-project called ‘Grayscale’. Totally into it!

Jawbreaker-fans should be checking out ‘The Kids’ Crusade’. They played our release-show and I love that demo. Hoping to hear ne material soon!

How do you think world gonna end?

Something with Niels Cornered and Germans… Fill in the blanks yourself.

Shout out to Sam of Bleak Reality. It’s his birthday today. Have a good one mate!