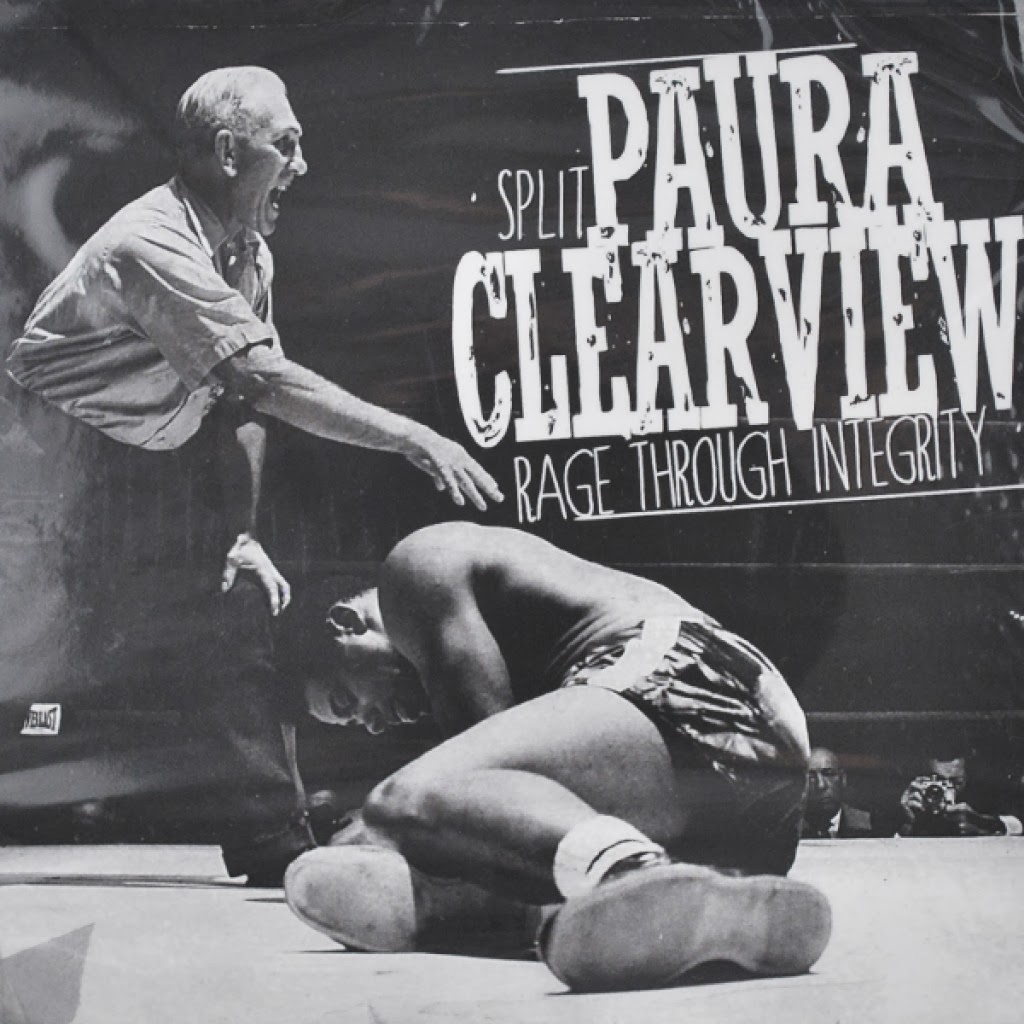 Clerview/Paura - Rage Through Integrity (Caustic Records / HeartsBleedBlue)- Wow, this one packs a punch! Clearview’s delivery sounds tighter than ever. Musically, it’s all about furious riffs, heavy breaks, and thumping drums. They ain't afraid to wear their influences on their sleeve, but still it sounds honest and genuine. The production is beefy but sharp, with every instrument sounding crisp and clear. Still, it’s not over-polished and maintains that hardcore rawness. If you don't get chills down your back listening to Choke or Times of Distress, it's hard to believe you're into hardcore at all. The force that these tune deliver coupled with massive hook in the chorus will make you want to put these tracks on constant repeat. The other highlight is I Gotta Get Away, built around a sick, mid-tempo groove and monster chorus. know it gets compared to recent Terror album a lot, but face the fact - this split came out before Live By The Code.

As for the Paura, it’s a solid hardcore that I wasn’t into at first but it kind of grew on me after couple of spins. Raw and in your face, it kind of lacks the energy that Clearview delivers but it’s still decent. I don’t know why did they choose Bull Control as an opening track - the problem with this one is that it doesn’t hold any sort of real punch. The band is actually getting better as the record progresses, with Integrity Department and Worthless Progress being their strongest tunes.

I advice everyone to pick it up.