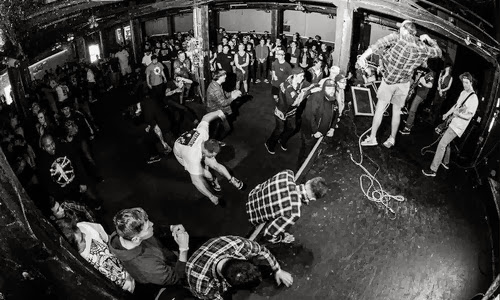 Upperhand is a hardcore band from Richmond that got awesome Chains Of Shame 7" out on Mind Rot Records. They play solid NYHC-inspired hardcore with enough fat riffs and tight grooves to make me wanna wild out and do stupid shit. The pissed off, harsh vocals only make this stuff more powerful. Check it out if you're into Madball, Naysayer and Terror!

Upperhand is a hardcore band from Richmond that got awesome Chains Of Shame 7" out on Mind Rot Records. They play solid NYHC-inspired hardcore with enough fat riffs and tight grooves to make me wanna wild out and do stupid shit. The pissed off, harsh vocals only make this stuff more powerful. Check it out if you're into Madball, Naysayer and Terror!

“Chains of Shame” ep is really dope ep in my opinion. Are you satisfied with the reception it gets? Are kids liking it?
Thanks dude! It seems like people are digging it. We wrote all those songs awhile ago so it's really cool to finally have it out. 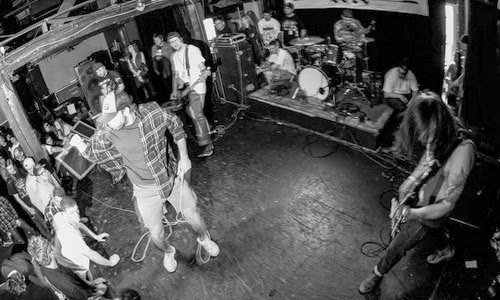 Was it hard to start a band, release a 7”, do shows when everyone in the band have their personal lives and bills to pay? Is it tough to balance hardcore with work and other shit?
Starting band isn't the hard part, but balancing lives is. When we started the band we were all in school, so touring with that in the way is always the hardest part. But next year should be the year you really see us hitting the road hard.

What is playing in hardcore band about to you? What do you want people to take away from what you’re doing?
For me personally, playing in a hardcore band is all about having a good time and enjoying yourself. Whatever people can take away from what we're doing is up to them. We're just trying to put out music that we think is cool and have a good time.

How did you find hardcore? What was it about it that really engaged you?
I found hardcore through underground music in general. I was always into more independent stuff growing up. Eventually I found heavier music and just really resonated with hardcore and after that it I couldn't get enough 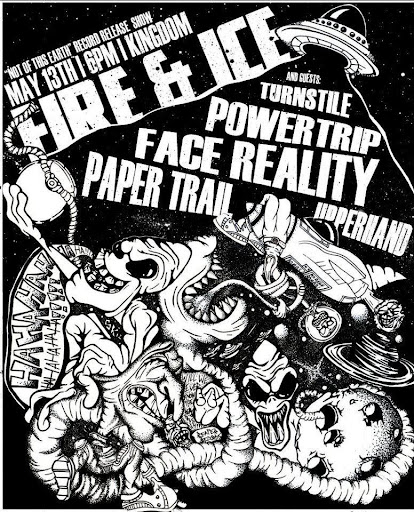 There’s a lot of hype concerning Richmond hardcore nowadays. As an insider, what’s your opinion about the scene over there?
Richmond is really cool. The scene here is really tight knit. Everyone is really supportive of up and coming bands and really tries to support hardcore as a whole. Honestly the last few years in Richmond have been the best I've ever seen as far as kids really supporting hardcore.

When hardcore was starting out it was kinda rebellious to have tattoos, shave your head and dress like a hardcore punk kid. How accepting of tattoos and hardcore looks are the regular people in USA nowadays?
I feel like tattoos are just generally becoming more accepted all over. Tattoos are something almost everyone has, so in America at least its not uncommon to see people walking around with a ton of tattoos. But I also read that Richmond is like the 3rd most tattooed city in the country so maybe its just what we see here.

What’s cool about USA nowadays and what’s not?
America is sweet, good weather, lots of cool places to travel to.

Tell us something about Eiffel Meower, which is your side-project band.
Thats top secret

Do you have any shoutouts you want to give?
Check out Malfunction, Will to Die, Another Mistake, Tolerate, Break Away, Tough Luck. Shout outs to Fire & Ice, Bracewar, Down to Nothing, Richmond hardcore