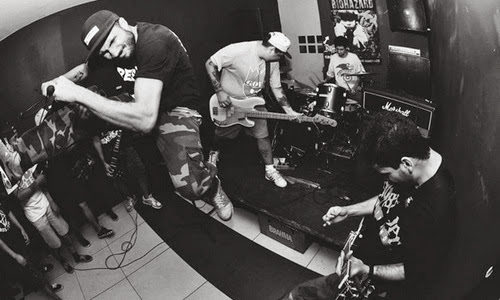 It seems like every band from Brazil I hear nowadays is harder than the next one. The scene over there seems to be going really strong and those kids seem to be totally into the just right type of hardcore - hard and in your face. Inner Self falls into this trend and is another band from over there worth checking out. They recently dropped Bringing The Rage Back which is a beast of a record - heavy, fast and reckless hardcore fronted by hard-as-nails vocals. Bands like this one shouldn't go unnoticed so here's an interview with Athos (vocals).

It seems like every band from Brazil I hear nowadays is harder than the next one. The scene over there seems to be going really strong and most of all those kids seem to be totally into the just right type of hardcore - hard and in your face. Inner Self falls into this trend and is another band from over there worth checking out. They recently dropped Bringing The Rage Back which is a beast of a record - heavy, fast and reckless hardcore fronted by hard-as-nails vocals. Bands like this one shouldn't go unnoticed so here's an interview with Athos (vocals).

Can you introduce Inner Self for those not familiar? Who does what in the band and how did you all get together to form a band?

Inner Self is a hardcore band based on São Paulo - Brazil.
2 years ago I started a band with Julio (bass player) but didn't really worked out. We kept that on mind and we start looking for the other members. We wanted to sound like old NYHC bands mixing some elements from 2000's hardcore.We both know Daniel for so many years and he joined us. Elton was always around at the shows and parties we used to go and he was the perfect guy to play drums for us. Months later we decided to start praticing and as a last minute invitation Junior (The Black Coffins) played the other guitar.
After few months we started recording but Junior has to quit the band for personal reasons. And here we are!

You have recently released Bringing The Rage Back. Can you talk about that?

We released the songs online and we had a great feedback. A lot of people listening, talking about that.
We're talking with some european labels and this is probably going to be released over there soon.

There is a strong NYHC vibe in your music.. Would you agree with that? What bands have influenced you the most?

Of course I agree with that. That's we wanted since we came together. I can't tell exactly the bands who influenced us when we wrote the songs, but we all listen to Madball (that's all you need), Breakdown, Leeway, Killing Time, No Warning, Sick Of It All, Outburst, and tons of good bands from the 80's and 90's!

There seems to be a lot of negativity and anger in the lyrics. Where does it come from?

Life in 3rd world is way too hard for being positive in everything. Life is frustating, unfair. You have to fight to survive, you have to fight for your rights. But I think the rage in the lyrics are a kind of positive anger. I'm always trying to catch everything negative in my life and then turn into something positive.
Life is an everyday struggle. I'm still learning a lot of things with the hardcore/punk and I think these lyrics are the reflection of everything I've seen in my life. And of course I still have so much to learn with experiences, mistakes and trying everyday to change the world I'm living with this burning rage I have inside me. 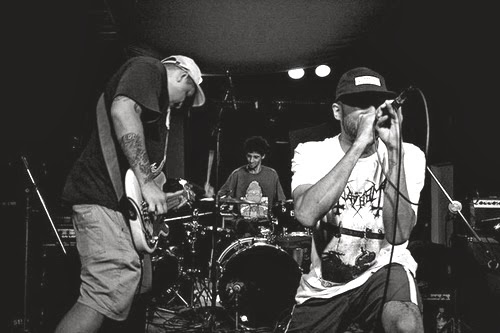 You’re using samples from Mobb Deep’s ‘Survival Of The Fittest’ in the Survival track. Where did the idea come from?

Hip-Hop is always a big influence when I'm writing lyrics. When I wrote Survival I used some words from that Mobb Deep song. That's why I thought using samples from that song would be cool.
PS: In the end of the song there's another sample from Notorious BIG, from the song called Machine Gun Funk.

Best 5 rappers of all time?

What are some your favorite shows to date? Best places to play?

We played some cool shows with No Turning Back (Best European Band Ever), Remission, a min tour with the dudes from Strength Approach (that was dope). I think these were the best shows. Playing in São Paulo is always good, there's no place like home.

What bands initially got you into hardcore music? Which Brazil bands did you listen to?

When I was younger my neighbor took me to a Ratos de Porão concert. That changed my life. Then gave me 3 cd's: Ratos de Porão - Anarkophobia, Nueva Etica - Inquebrantable, Purification - Banging The Drums Of War. And since then I choose to live this life. 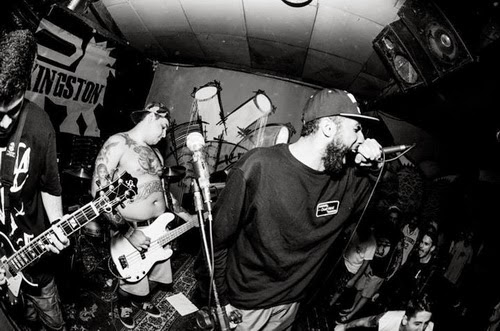 Tell us something about your hometown, Sao Paulo. For kids who have never been there, what’s living over there like?

At the same time is the best and the worst place ever. In one hand we have awesome hardcore shows, it's easy to find vegan food, everything.
But in the other hand we have too much violence, misery, kids on drugs since they're 9 years old, public transport sucks, there's Nazi's/fascists on the streets.
Living in São Paulo is a kind of Love and Hate relationship.

Anyone in the band into BJJ? Who’s the biggest bad-ass?

I used to be for 6 months. My father is a black belt himself. No one else is into BJJ. Julio used to be into boxing, but not anymore.

What's next for Inner Self?