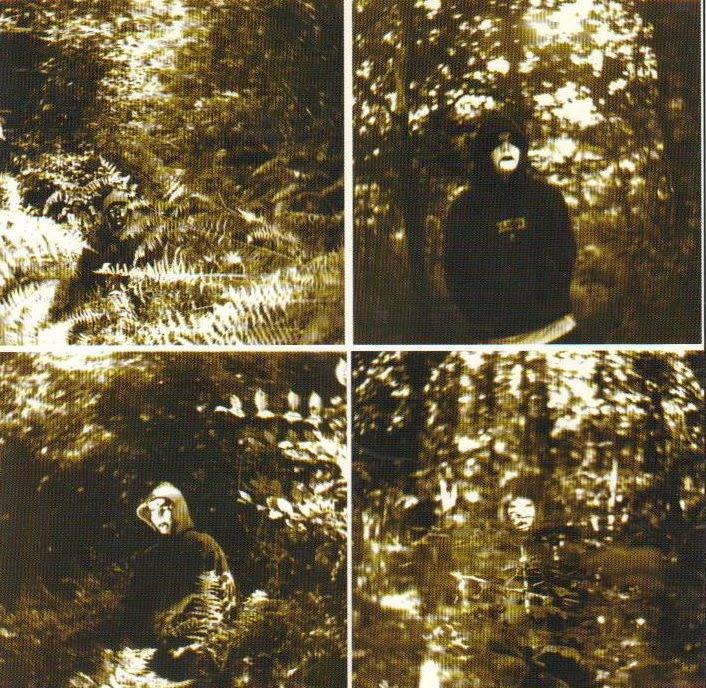 France was a hot bed of sick, evil and heavy hardcore bands in the late 90s and Stormcore was one of the finest of the pack along likes of Kickback, Trapped In Life and Drowning.

The band formed in Rennes in 1992 and after releasing some demo recordings, dropped their first album To The Point in 1995. The album came out on Hardside Records, which as far as I know morphed into Overcome Records later on. 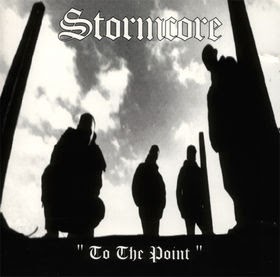 The vibe of the album was heavy old school sound that owed to harder East Coast style of that era. It also owed to what was going on in other parts of Europe, like Belgium or UK. If you’re familiar with hardcore from that time, you know what I mean. Heavy and raw was the name of the game. On top of that, you get lyrics about fucked up system and general hardships of life, which might be cliche but had that youthful sincerity to it (looking at the band pics from the inlay, they were young ass dudes recording it). The album itself isn’t that bad, but it doesn’t really bring anything new to hardcore and is nothing to set the band apart. It does what it does really well though, but it took the later releases to put Rennes and KDS crew on the map. 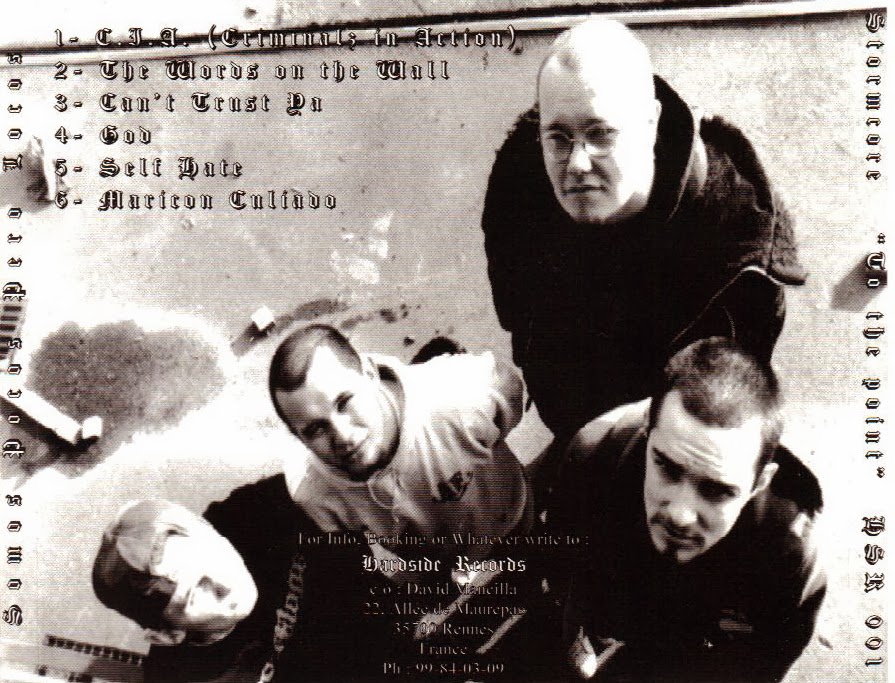 In For The Kill , their second release, is a complete tough guy mosh hardcore album. It is the finest release from the band and probably one of the coolest albums to come out of Europe ever. Only four tracks strong, the way it delivers all the intensity and violence elevates it to the next level. I easily put it on the same level as any Kickback album. The ep came out on Mad Mob Records (Germany) in 1997 as 7” and MCD, but my first introduction to it was through the tape put out by On Point Records. I still don’t know if it was a legal license or a pirate, but not that I care. 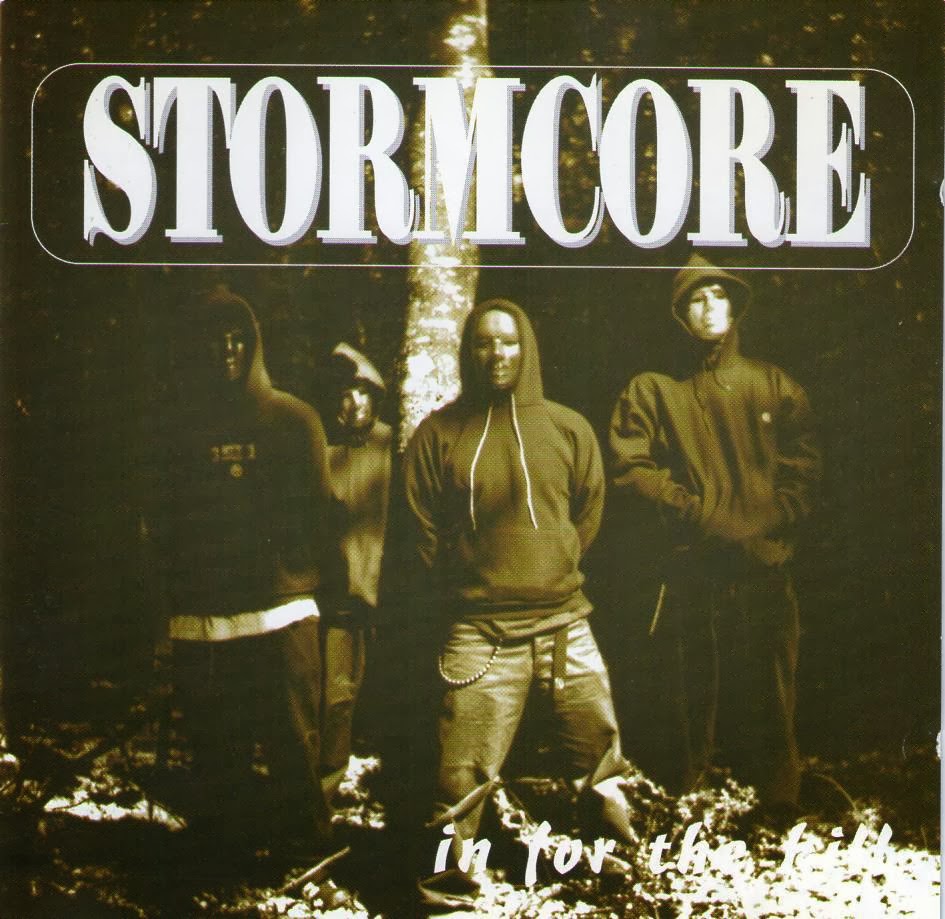 In For The Kill is a record which definitely needs more recognition and respect. Everything about this ep is good, i don’t even know where to start. There’s a fair share of faster parts and crushing breakdowns, but at the same time there are riffs and twists that you wouldn’t expect from this type of album. The vocals are straight up menacing, it’s like that fat dude from Seul Contre Tous singing for a hardcore band. The first track, Down With Da Crew, is a masterpiece in kickboxing-styled hardcore, boosting testosterone levels to extreme levels. A perfect soundtrack to beat people up (but don’t do it!). A dope way to start the album. A hell of a opener and simply one of the hardest songs in hardcore. It wastes no time getting to the point - respect my crew or get fucked. Classic shit, karate kick-boxing style in full effect. I can imagine kids going ape crazy in the pit to this tune. The rest of the tracks never let the testosterone levels down, but instead of typical tough guy crew bragging, the lyrics get really dark and twisted, talking about killing fools, darkness, and bringing the pain. 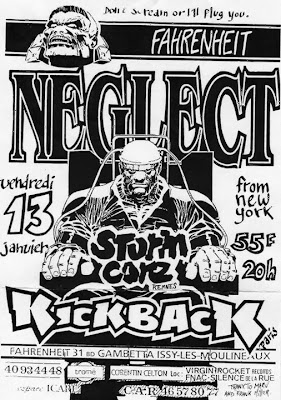 The second track Foolkiller rips with the catchy, gang shouted chorus and cool riffs. All Hope Is Gone is another banger, but this time the band is taking a slower approach with some creative guitar work that makes it sound almost atmospheric. The short ep finishes with Back Ta Beat Ya, which mixes up some forceful, uptempo beats with cool breakdown that elevate this to classic status. Almost two decades later, the ep still sends chills.

For everyone into 90’ metallic hardcore this is a must. It is hard and uncompromising, but at the same time it has a consistent, distinctive sound far from any other band from that era. Some people compared it to 25ta Life, probably because of the vocals, but I couldn’t agree with that. Stormcore definitely had its own thing going on on this album. I know In For The Kill was popular with kids back in the day, but I don’t recall any band that even tried to copy Stormcore’s style, which I guess proves it is one of its kind.

Review from In Effect zine. It says Demo 1996, but from the song titles and description I'm pretty sure it's for In For The Kill. I disagree with the 25 Ta Life rip-off accusation though.

After In For The Kill and before they broke up, the band also took part in a classic compilation The Nightmare Remains... In This Other Land (Overcome Records, 1998) along the hardest bands of French hardcore of that time. The line up was dope and included Kickback, Trapped In Life, Drowning and much more. The two songs from Stormcore are sick. Seriously, Stormbringer is among the hardest shit ever recorded by a hardcore band. The other classic comp is KDS Crew - Rise & Fall (Age of Venus Recs, 2001), which as the title says represented bands from Rennes-based KDS crew - along with Stormcore, it featured AWOL, Slamface, Right For Life and Underground Society and more. The third comp, much less known, is actually a document from Evil Fest ‘98 released by Household Name Records.

"In This Other Land" inlay has some info on band's history.

The band dropped couple of 7” as well, all of which should be in every serious tough guy hardcore vinyl collection. Rennes In Blood 7” ep is basically the same songs as on “The Nightmare Remains…”, recorded live during band’s show in Rennes with Madball and Earth Crisis. The ep offers couple surprises for a careful listener and pops up at ebay from time to time so keep your eyes open if you still don’t own it. The band gained recognition on international level and took part in establishing Europe-USA hardcore brotherhood. They had a 7” split with PA’s Krutch on Inner Rage Records. It’s strictly for collectors, as none of the bands used any new songs - Stormcore contributed two tracks from In For The Kill, and Kruch came with My Pain and Pulled Me Down, which nonetheless are all great tracks. When you think about it, Krutch and Stormcore, best of both worlds, on one piece of wax. Classic. Rick Ta Life’s Back Ta Basics Records released band’s split with Comin’ Correct and E.S.I.P. I have no clue what the ESIP band was about, if anyone got any info let me know. 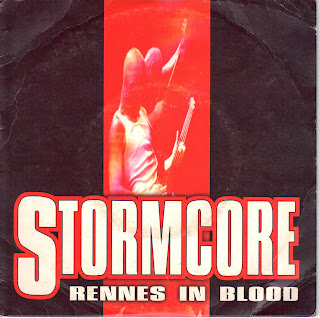 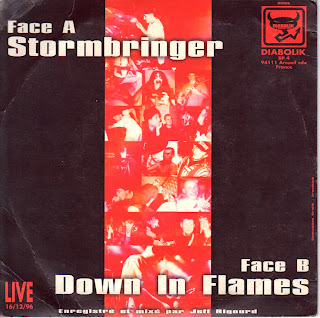 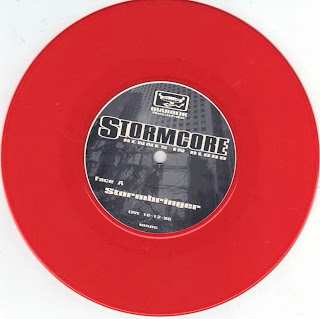 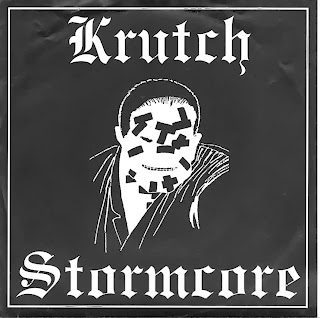 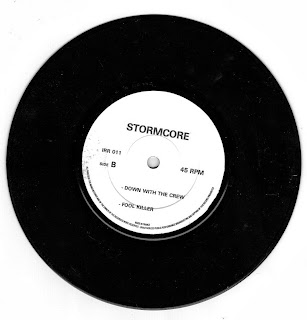 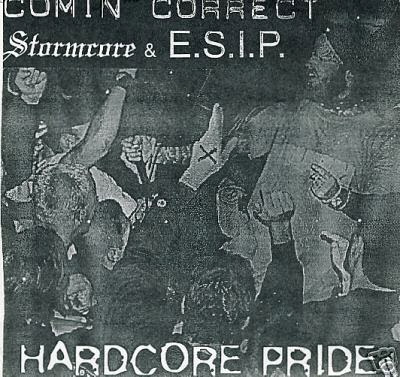 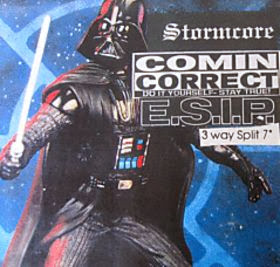 I’ve heard that the band is back to play some shows in 2014, but I don’t know much about that. I’m not a big fan of reunions but would definitely check em out if they came to my neck of the woods.

Because band's albums are hard to find and available only from second hand, I'm gonna share their entire discography. If everyone involved with this records have a problem with it, let me know and I'll take it down. If I missed anything, let me know.


Rennes In Blood 7"
Stormcore/Krutch Split
Stormcore/Commin Correct/ESIP - split
To The Point
In For The Kill
Bonus: 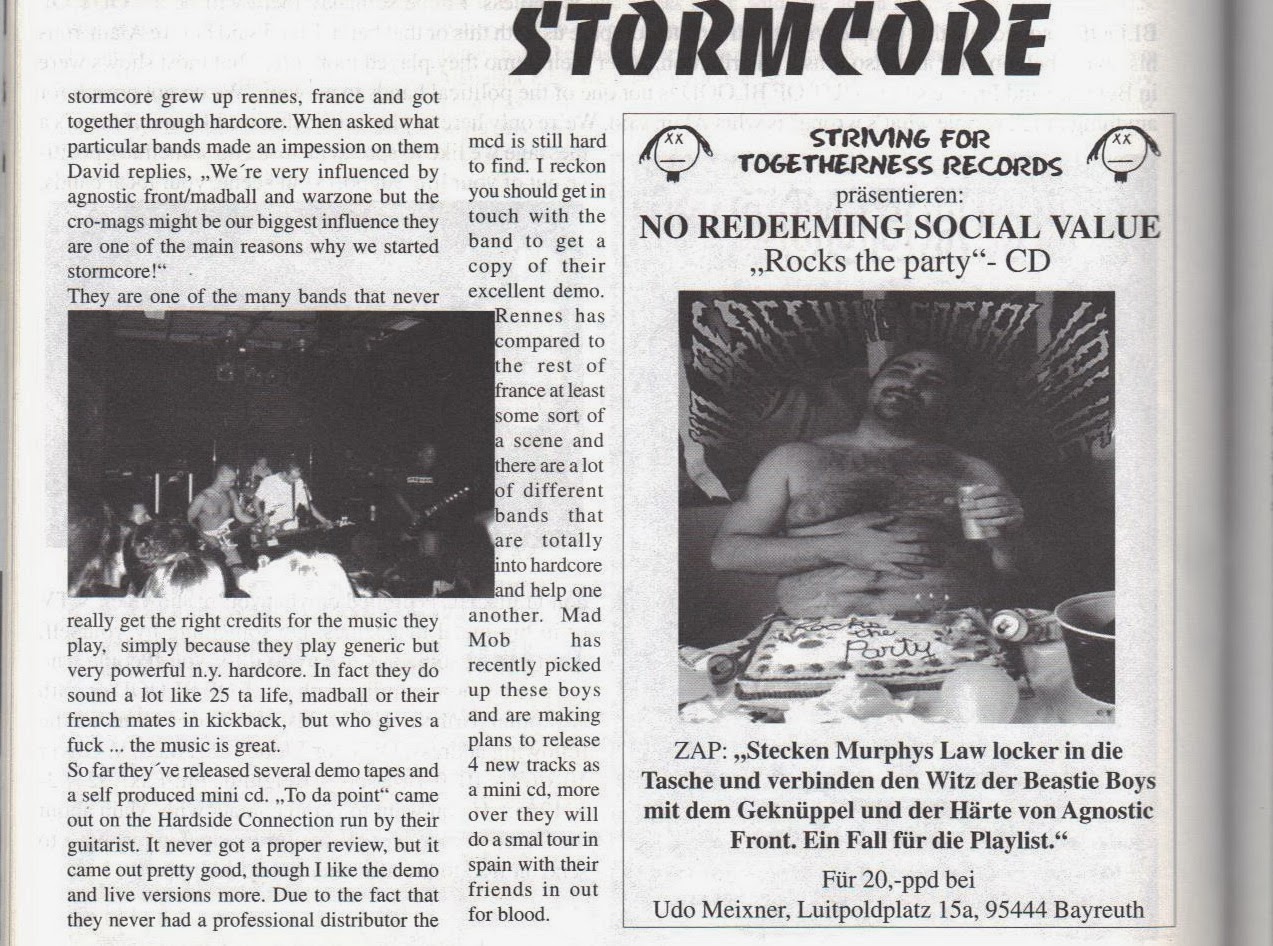 P.S. Some of the images I scanned myself, but I also shamelessly stolen couple from KDS Crew Legacy Facebook page.