Another band from Baltimore you should check out. If Stout and Next Step Up is your type of hardcore, I advise you to visit band's bandcamp and check their recent split with Grit cause both acts brought some 100% hard-hitters to the table. Here's an interview with Piece Keeper's vocalist, Johnny.

Another band from Baltimore you should check out. If Stout and Next Step Up is your type of hardcore, I advise you to visit band's bandcamp and check their recent split with Grit cause both acts brought some 100% hard-hitters to the table. Here's an interview with Piece Keeper's vocalist, Johnny.

Tell something about Piece Keeper for those unfamiliar. How and when did the band get started?

Piece Keeper is a heavy band with influences that range from Baltimore's own Next Step Up, Stout and TUI to Crown Of Thornz and other NYHC bands.

I had been trying for years to get something going and when we started, I hit up my lifelong friend John, who at the time had just gotten out of the band Whisteria Cottage and was trying to get into something new.

Then came Chris, who I was boys with through shows for a few years, and it all came together. I never even thought we would actually get it going but we did and we are beyond excited to see what the future has in store.

Your split with Grit has just dropped couple of days ago. What’s up with that? How did you hook up with Grit?

Our drummer, Chris, was actually friends with a few members of Grit and we all got to talking, we played a show in Mt. Airy together and talked about doing it and it was a wrap. They are super cool and funny ass motherfuckers. 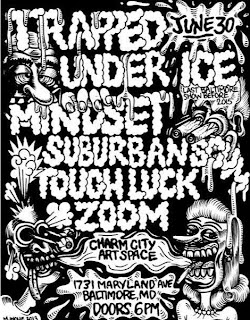 Will the split get the proper vinyl release?

I really am hoping so, so keep your fingers crossed. I'd be so stoked if it happens.

Are you happy how the new tunes are sounding? When I heard them the first thing I thought is they sound heavier compared to the demo tracks. Do you agree with that?

Have you gotten any sense of how the response has been to the record?

I am really happy about the new songs and I 100% agree that they are much heavier than the demo tracks. I had a lot of hate in my heart and was heartbroken during the lyric-writing aspect of the songs and it all came together with the rest of my dudes. I'm really hoping people dig the new jams and there is also newer shit in the works as we speak.

Baltimore is not far from Virginia Beach. Do you play many shows over there? Is there any support between Maryland and Virginia scenes?

We are actually playing our first show in Virginia on January 11th with Born Low and our homies in Paper Trail. I'd say there is definitely support between the Maryland and Virginia scenes. A lot of Virginia cats come to a lot of Baltimore shows and vice versa to show love. It’s dope. 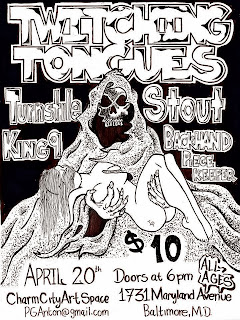 Do you think there are any differences between hardcore scenes in different parts of US? In your opinion, is there anything that makes Baltimore hardcore stand out?

I'd say there are many differences between the hardcore scenes in different regions of the US.

I feel as if the West coast has more of a punk, thrashy, skateboard sound compared to the East coast, which has a heavier, grimey sound. I get down with it all though.

I think Baltimore stands out a lot because of venues like Charm City Art Space who consistently throw big hardcore shows every week in a venue that probably shouldn't even be allowed to have 100 people in there, but the kids cram in and it usually ends in a good night. It’s also the unity of all the people that come out. It’s pretty tight knit, everybody knows everybody and for the most part everyone gets along and doesn't let dumb drama get in the way of anything.

Being a huge fan of Homicide and The Wire, I am wondering what’s your opinion on how Baltimore is portrayed in those series? Is it really such a rough place to live?

I’ve never really peeped Homicide, but I am a huge fan of The Wire. I'd say the area where the Wire is based is portrayed very close to real life. You don't want to hang out in that area if you're from out of town ‘cause you would probably get robbed, hurt or even killed.

I'm actually from Eastern Baltimore County but have a lot of family and friends in the city. I feel as though every major city in the country has areas you don't want to be in at night or even sometimes during the day, but thats what happens when drugs take over you just have to know your surroundings and not hang in the areas like the ones portrayed in The Wire.

It can be a rough place to live but it’s up to you to not fall into that lifestyle and to better yourself and you should be straight regardless of where you are. 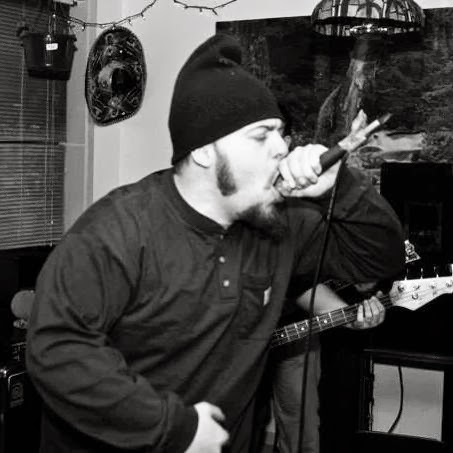 Your favorite releases from 2013?

To be completely honest I've really been on a rap and R&B kick as of late. Hardcore wise, I think Angel Du$t’s “Extra Raw” and Turnstile’s “Step 2 Rhythm” killed the game this year. With rap it has to be A$AP Ferg's “Trap Lord,” 2 Chainz’ “B.O.A.T.S. II,” and Yo Gotti's “I'am” are straight bangers.

Any words of wisdom to wrap this up?

Man, I've been through a lot of shit these past few years and didn't think anything would go right. I was in the darkest spot of my life right before the band started. So to everyone that reads this, it may be corny and overused but really, never give up and never hang your head. Shit will fall in to place, especially if you work hard and achieve goals you have set.