Demos worth your time 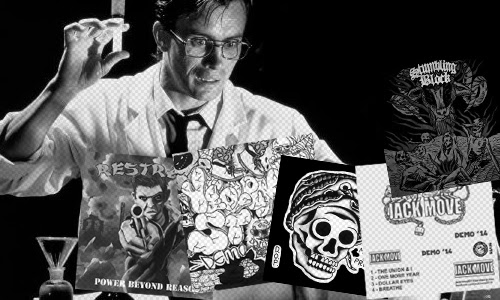 I don't have time to post about every hardcore demo that comes my way, but from time to time I come across some decent stuff that is worth sharing.

First, we got Beg To Differ who hail from Eindhoven and got started when some dudes decided there's not enought of the negative sound Blood For Blood and Sheer Terror in 2014. The songs on band's first demo are very dope with straight to the point type of vibe and a very sinister feel. There's a lot of negativity in the lyrics, and there's even track called 'The world needs real men'. Amen to that! Often when you read album reviews you see people talking about bands’ need to stay creative or break new grounds. But let’s face it - this is hardcore and the rules of the genre are pretty much straight forward. Download it here.

Next, there's Restraint (UK), coming through with some seriously heavy and aggressive shit. Power Beyond Reason is mean as fuck! The way they combine heavy metallic parts with groove is sick. If I have any complaints, I gotta say I wish there was more rhythm variety in these tracks. Nonetheless, there is a lot to love about this demo if you're into bands like Fury Of Five, Biohazard or Merauder. If dig that tupe of real rugged, heavy stuff this should be right up your alley. Get it here. 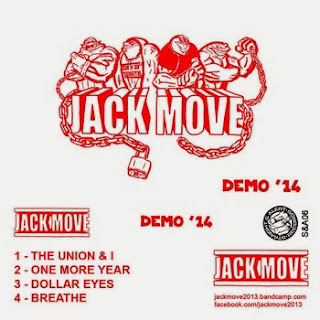 If you're into some fast old-styled hardcore Jack Move is your shit. The bands hails from France and features members of Cut Loose, Get Lost and Money Time. The tracks o this demo have a classic 80's feel to them, but updated for modern times. This is the same sound that got popular again recently thanks to The Rival Mob. Songs barely reach the two-minute mark, while the sound ranges from circle pit friendly fast parts to breakdowns. Nothing new under the sun, but he rough energy in these tracks is what does it for me. The tape came out via Straight & Alert distro and you can cop it here. Download link.

Stumbling Block are dope band from behind the iron curtain. Russia just keeps dope shit coming! Massive, riff-heavy metallic hardcore, recommended listen for everyone into that type of sound. The music has a real aggressive feel and vocals comes correct over it. Get it here.

Devolution Of Power is recent ep from Method Of Proof. The band hails from East-Germany and plays heavy hardcore/punk. The demo has intro and 4 tracks and all of them are hitting hard and fast. Download link. 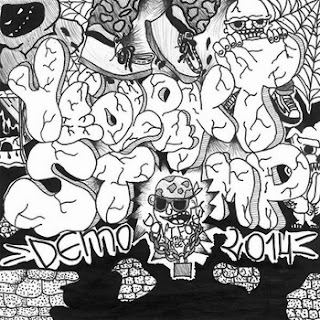 As a bonus, grab a demo by Violent Stomp, who are another band from Sao Paulo crew worth your attention. Powerful, fast music and lyrics about hardcore brotherhood and pride on one hand and real life problems on other. Download link.