Interview with Joey Knuckles (The Alliance, Suicide Kings) pt I 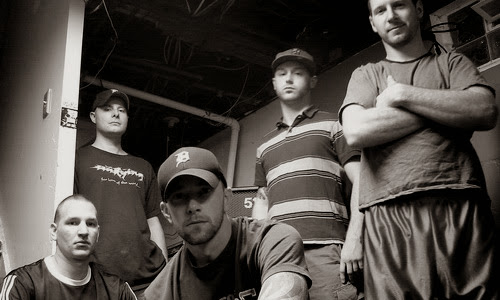 This is the first part of the interview I did with Joey Knuckles, who did vocals for one of my all time fav bands - The Alliance. If you need introduction, check out the post I did couple days ago which gives a short overview of the band and most of all, shares some deep science on why Hit Em' Up is one of the tightest hardcore albums of all times. Seriously, you need to go there, download this stuff and go ape shit listening to it. As for this interview, I am stoked that we were able to pull it off. There's a cloud of mystery surrounding the band as I didn't come across any other interview or bio, so I took this opportunity to ask Joey about how various stuff, like the band got started, their time being part of Detroit scene, and what eventually led to its demise. Next part of the interview will be about Joey's new project, Suicide Kings.

This is the first part of the interview I did with Joey Knuckles, who did vocals for one of my all time fav bands - The Alliance. If you need introduction, check out the post I did couple days ago which gives a short overview of the band and most of all, shares some deep science on why Hit Em' Up is one of the tightest hardcore albums of all times. Seriously, you need to go there, download this stuff and go ape shit listening to it. As for this interview, I am stoked that we were able to pull it off. There's a cloud of mystery surrounding the band as I didn't come across any other interview or bio, so I took this opportunity to ask Joey about how various stuff, like the band got started, their time being part of Detroit scene, and what eventually led to its demise. Next part of the interview will be about Joey's new project, Suicide Kings.


Tell us how The Alliance first got started. As far as I know members were involved in other Detroit bands, so how did you all get together and what was the initial line-up?
Yeah the Alliance got started in my mind how a band should b just a group of friends. We all played in the Detroit HC scene in different bands and knew each other for years. All of our previous bands were either on hiatus of broke up so we said fuck it. We were already hanging out smoking blunts at Vinny's house in Redford so why not lol. There was me Joe ( singer - EX Hyde Tribunal Records) the Dufour brothers Vinny ( guitar- Dogz of War, Cold as Life, Cast in Fire) Jake - drums ( Dogz of War, Cold as Life, Cast in Fire) Clifton - bass (Earthmover, Cold as Life, Dogz of War) and Nate - guitar ( Cast in Fire) Thats how it was on the first record, lineups got switched up and changed a couple times. Me and Clifton being the only original members on the last record.

Can you describe the state of the hardcore scene during band’s active years? What’s your best memories from that period?
Any local bands that your were particularly tight with?
State of HC was a bit shaky during that time, a lot of bands had broken up and there were only a few left to carry the torch. Still very good though, Detroit always has and still does have a very close knit HC community. Right now It's all the Old School cats that are still doing it in the D, cats that have been around for a long time. Bands like Poison Tounges, Tyrant, Smash Your Enemies, Ante Up… these are all bands made up of people who have been around for a long time in Detroit HC. Some of my best memories of that time would b touring w all my friends and bands that I liked, and just being in Detroit and being a part of that community. We were playing w Let it Die and Tyrant a lot during that time, also Bloody Knuckle Combat, It's All Gone to Hell, and H8 INC. All good friends and great bands so yeah we were pretty good w all the HC bands in Detroit.

I was curious about how you hooked up with Grapes Of Wrath for the first two albums?
Just sent them the GLHC demo and they were down to release the full length. We wanted to release it on a European label so it would get more exposure. Grapes of Wrath were supposed to bring us over to tour 2 different times but they never came through. We had the states on lock for distro, touring and such but we needed to reach Europe. We thought if we released it on a Euro label they would be able to bring us over to tour, unfortunately they never came through and The Alliance still has never toured in Europe.

What was the response like to your debut and second album?
Responses were good on all records, they were all at different times, w different people on each record so I think that's why there is such a sound diversity between the first two and the last one ( my personal favorite) Hit em Up. But yeah I mean your always gonna have people that don't like what your doing for whatever reason but collectively we never received much hate of any of the records.

What can you tell me about making Hit Em Up? That record is dope, one of my all time favorites, but there was a huge progression between the earlier material and this one. What was the reason you decided to release Hit Em’ Up on your own?
Hit em Up was ultimately how I wanted the Alliance to sound from the get go so I am very proud of that particular record. It was right around the time I was getting more serious w my Hip Hop projects and I think it came together great. I had a lot of say so on that record as far as guitar riffs,overall sound and obvious a switch in vocal styles which I think ultimately led to it sounding the way it does. There is also a complete line switch up on this record, recruiting Will and Mike (guitar players from Hyde) Herb on bass (EX Tank Detroit HC) and Clifton switched from bass to drums. The reason we put it out ourselves was just an obvious decision for us. We had good distro and touring situation in the U.S and the fact we released two records on GOW Records without a Euroopean tour just made sense for us to release it ourselves and have more control.

The lyrics on this album very raw and in your face. How important do you think the lyrics are to those songs?
Very important like I said I switched up styles, vocal patterns and tone of my voice. I wanted to make the lyrics a bit more understandable so EVERYONE could hear exactly what I am saying. Talking about real life situations and personal experiences, Detroit was really rough back then in so many different ways, racial, economical, state of living conditions etc…. I guess there was just a lot to talk about when that record was being made LOL

A track from "Hit Em’ Up" that really moved me is "American Dream". The lyrics are painfully down to life, something that anyone can relate to even if they’re not from the states.. Would you care to elaborate on its theme and how much do you think has changed in Detroit since it was written?
Again another special track to me that means a lot. During that time I had a couple good friends Lenny (Earthmover, Poison Tounges) and Matt( Tyrant) go overseas to fight the war in the middle east. Even though I don't necessarily agree or even believe in a lot of things the American government say and do I do respect the fact that these men, my friends put their life on the line to fight for what they believe in and the freedom of American citizens. I wrote that song while both of them were overseas and they both came home safe so it still has deep meaning to me. Not much has changed in the D since I wrote that, if anything conditions and the desperate state of things has gotten worse.

Another track with very important lyrics is “Color Blind” Was that based or inspired by any real events?
It's just my view growing up in a mixed racial environment. I was always taught no matter what the color of someones skin everyone deserves at least one chance. My parents lived through the riots in Detroit in 1967, my grandpa as well and I always had people of different races around me growing up. Yes based on real events and situations throughout my life. Living in Detroit you will deal with racisim from both ends of the spectrum.

If anyone missed that cd when it came out, is there a chance to still get it?
I believe Clifton might have a 100 or so left, I'd have to check w him to b sure. If not steal it from the internet, we don't care 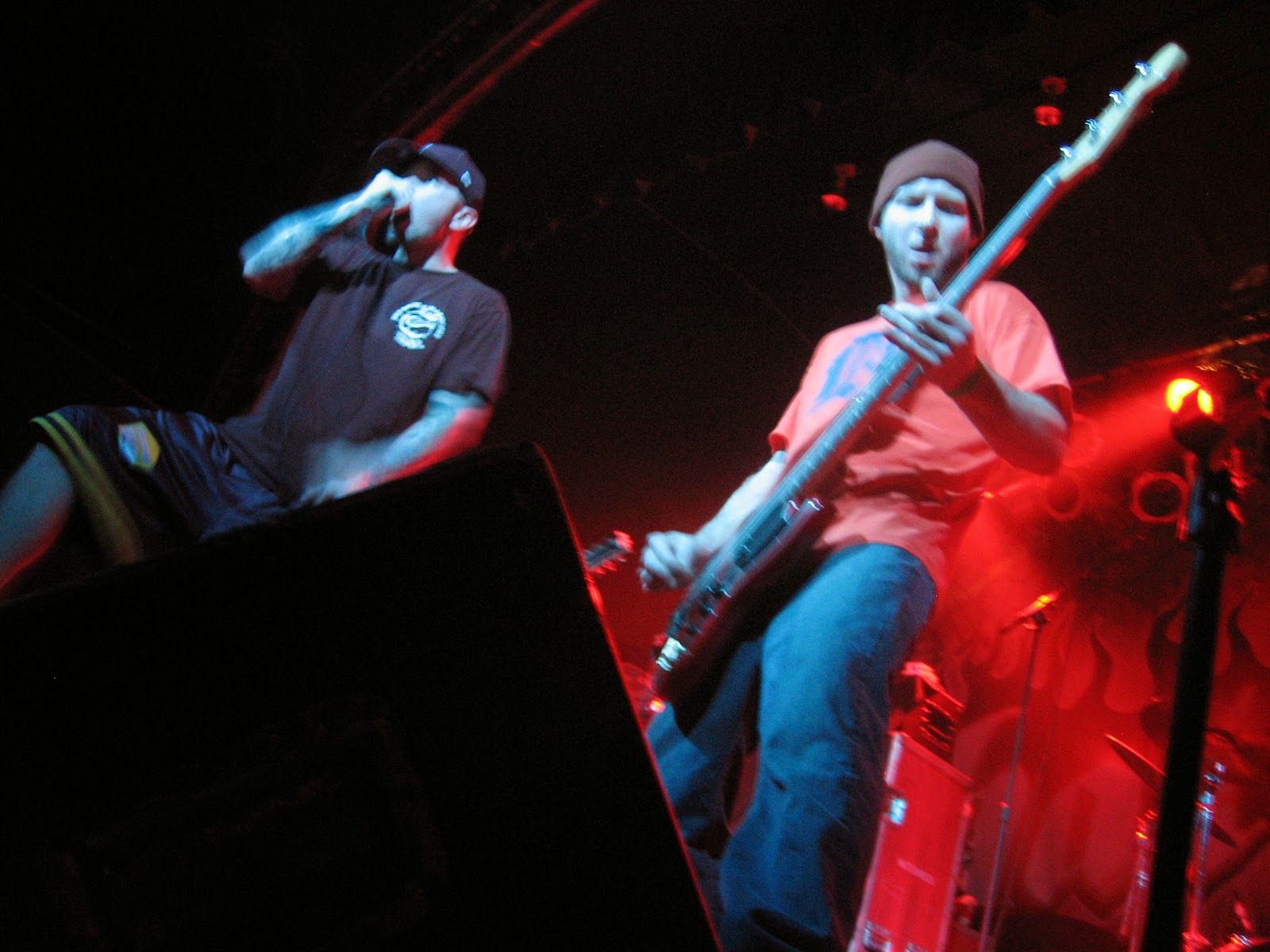 Why did the band fall apart after the third album?
Well I had an opportunity to move to Canada to purse my passion for Thai Boxing, I had got married and left Detroit in 2007. I spent some time in Canada, and Thailand then returned to Detroit for about a year in 2010. Been living in Canada since 2011 again. It was just that time In my life where it was time for a change. All the guys in The Alliance had good paying jobs or family's and couldn't really commit to touring the way I wanted to. So when this opportunity came up I jumped on it. Music and Thai Boxing and my two passions

And can you tell us something about the reunion show in 2011?
The reunion show was dope, I believe it was right before I moved back to Canada the second time. It was like we never skipped a beat and everyone had a great time. Good friends, good bands, I believe The Family, Exploder, Underground Disciples and some other bands played. It was at Detroit's legendary venue The Shelter (yes from the movie 8 mile) Like in the movie 8 Mile the shelter was our spot for HC the same way it was for Eminem and his crew for hip hop show, real life!

What’s the rest of the band up to now?
Everybody is doing their own thing, I play in a hip hop group called Suicide Kings w the guitar player from Gravemaker. We just released our second record "Crown of Thorns" FT. Apathy, Celph Titled, M.O.P and more. We also just released a 12' picture disc vinyl on Paris HC label Knives out Records. We are on tour w Snak the Ripper this April in Canada and we are planning to be in Europe this summer so check that out. You ain't never heard no HC singer do Hip Hop like this I guarantee!!! The Dufour brother Vinny and Jake still live in Detroit I don't think they're in any working bands at the moment. Herb plays bass in Ante Up now, Mike plays guitar for Poison Tounges and Will plays guitar for Exploder, all Detroit bands still. I think Clifton is living in Arizona working and riding motorcycles n shit, hahah